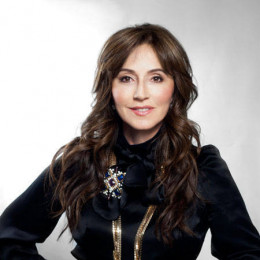 A Romina beauty businesswomen and the founder of the global cosmetic brand ‘Anastasia Beverly Hills’, a name that we cannot miss when it comes to fashion and beauty industry is Anastasia Soare. She opened her own salon and also created her own product line for eyebrow that is now a brand name known worldwide. Anastasia studied architecture, engineering, math and drawing in Romania before getting her Aesthetician license. Soare used to work 12 hours shift, and during her free days would visit library where she would research Da Vinci’s drawing, the Golden Ratio, aesthetics and the Fibonacci sequence to try to determine the way people perceive “beauty”. While Anastasia was working in the beauty salon, she couldn’t help but notice that there were no eyebrow product found in the market and this is where she finds her goal and is the reason behind the establishing ‘Anastasia Beverly Hills’.

Romanian beauty Anastasia Soare was born on December 28, 1956, in Romania. She studied the Fibonacci sequence, as well as Leonardo Da Vinci’s drawings of the Golden Ratio.

At the age of 18, Anastasia was forced to induce employment quickly when she came to the United States. She started working as an aesthetician in the lovely boutique salon in Beverly Hills. Her 1st client was Cindy Crawford. She did not recognize who she was, however, Cindy loved her work and became one of her regular clients.

After Cindy, Naomi Campbell and then all the supermodels came to the salon and she began asking them, “Do you want me to do your eyebrows, too?” No one used to make eyebrows back then and she went to the boss, the owner of the boutique.

Boss refused to allow her to do clients' eyebrows, so she decided to rent a room at a salon and start her own business.

Anastasia came to the United States to be relevant, to be significant, and she wanted to do more than she did in Romania. In the salon, she worked 7 days a week, from 9 am to 10 pm every day.

Eyebrows are the toughest beauty feature to master and that all have totally different bone structure, brow texture, and coloring. It’s thus challenging, however, she has been doing this for twenty-five years, and that she is still enjoying it. the

As of now, Soare is  CEO and founder of Anastasia Beverly Hills beauty brand which available in 200 stores internationally. The most popular product of the company is Eyeshadow palette, highlighter, Moonchild Glow Kit, Norvina Eyeshadow Palette and others.

Eyebrow Queen aka Anastasia Soare has an estimated net worth of $1 billion. Additionally, she has over $30 million as an annual salary. We must say hard work really paid her back and we must say she is an inspiration for all of us.

As a prosperous businesswoman, she has not enough time to reveal her personal life and is also private about her marriage, husband, and children. However, we have a tendency to find out that she is a happily married woman.

In the year 1978, she tied the knot to Victor Soare, who is a ship’s captain and they met through friends and began dating. On November 1987, the couple welcomed a beautiful daughter named Claudia Soare.

In 1987, her partner left the job and the pressure to fulfill the daily allowance for them was too much.

Setting in California, she shortly landed a waxing job at Beverly Hills salon, and her husband did not fare likewise. Unable to search out a job, her husband Victor floundered, and also the two got divorced within the year of 1994.

In an associate interview, she told the high line of their divorced and said that “He was waiting for things, but I wanted to make things happen.” Soare garnered more than 18.6 million+ followers on Instagram.

Anastasia was previously married to her longtime boyfriend, Victor Soare, ship’s captain. The couple welcomed their daughter in November 1987. Anastasia and Victor divorced in the year of 1994 as her husband was found cheating on her

Anastasia and her daughter Claudia help create the makeup products, from the contouring kits to the liquid lipsticks. Claudia Soare is also the president of “Anastasia Beverly Hills” and leads the company’s day to day operations, product development, and marketing for the brand’s best-selling prestige cosmetics line.