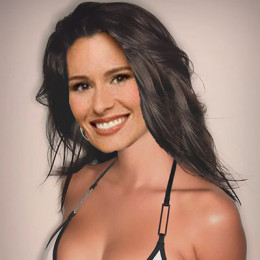 Alycia Lane is an American television journalist who is known for anchoring the weekday morning show at KNBC-TV until October 2013. Her mother is a Puerto Rican descent and her father from the Welsh descent. She had attended Medill School of Journalism at Northwestern University and holds the master's degree in Broadcast Journalism. She is a member of National Association of the Hispanic Journalists.

Lane married her first husband Dino Calandriello in 2000 but they couldn't manage to be together for so long. She divorced her husband in 2004 and tied the knot to her second husband Lauster James Adkins Jr.

Alycia and James remained husband and wife until 2007. Later she reportedly dated Chris Wragge and Chris Brooke. Her affair with married co-anchor Larry Mendte went viral on media in 2012. Mendte claimed that they were dating since 2004.

In 2007, she was arrested when she punched lady police on her face during a trip to New York City during a drunken rage.

Lane has a daughter Averie born in June 2014.

Alycia Lane was born on 10 May 1972 in Lake Grove, New York. She worked as weekday morning anchor at KNBC-TV in Los Angeles until 2013.

Previously, she worked on KYW-TV from September 2003 to January 2008. Her contract on the network was terminated after being arrested after hitting a New York police officer.

He is her first husband. They spent four years of marriage together. She does not have any child from him.

She met with him after her divorce with her first husband. They fall in love and eventually got married. However, the marital life was unsuccessful resulting in divorce. She does not have any child from him.

She loves her daughter very much and she had mentioned she will start her job hunt after she is settled being a momma.