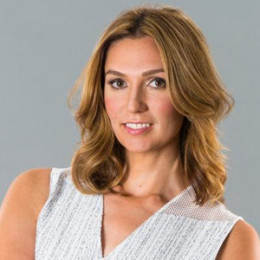 American author, political advisor, and speechwriter, Amanda Carpenter graduated from Ball State University with a B.A. in Communication Studies. She worked as a congressional correspondent for Human Events from 2005 to 2007 before going to Townhall.com to become its national political reporter. She has made numerous media appearances, including segments on the BBC; Fox News, MSNBC and CNN. In 2013, she became senior communications advisor and speechwriter for Senator Ted Cruz and worked as a CNN political commentator.

Amanda Carpenter was born as Amanda Beth Carpenter on November 20, 1982, in  Montrose, Michigan. Her zodiac sign is Scorpio which defines her personality as passionate and assertive who are determined and decisive and will research until they find out the truth.

Carpenter graduated from Ball State University with a B.A. in Communication Studies in 2005.

Amanda Carpenter worked for  Human Events from 2005 to 2007 as a congressional correspondent. Later she moved to  Townhall.com to become its national political reporter. In 2006, she released her first book, The Vast Right-Wing Conspiracy's Dossier on Hillary Rodham Clinton. She wrote about the 2008 presidential election for Glamour magazine's blog "Glamocracy."

In 2009, she joined The Washington Times where she wrote a daily column named the Hot Button which covered political and cultural issues as well as other news articles.

Carpenter returned to her journalism career in July 2015 and became a contributor for CNN. She is known for critiquing President Donald Trump for his treatment of women. She explained Trump's propensity for lying in her 2018 book, Gaslighting America: Why We Love It When Trump Lies to Us.

Amanda Carpenter is also known as a blogger, author, and commentator. She has appeared in numerous TV shows including BBC; Fox News's The O'Reilly Factor, Red Eye w/ Greg Gutfeld, MSNBC's The Big Story, CNN's Reliable Sources and others.

Amanda Carpenter is one of the renowned journalists who is active in the media since 2005. She has worked on numerous channels including, Fox News, BBC, MSNBC and as of 2018, she served in CNN.

The average salary of a CNN reporter has an estimated net worth of $113,881. Carpenter might earn more than the average figure considering her experience. Her net worth must be in the seven-digit figure.

Amanda Carpenter is happily married to her longtime boyfriend, Cris Kinnan. The duo tied the knot at an intimate ceremony in the presence of their closed friends and family members. The duo is proud parents of two children, a son, and a daughter.

Carpenter often expressed his love for his husband and kids via her social sites. In 2007 at Red Eye w/Tom Shillue, Carpenter announced she was engaged.

Check out the video of Amanda Carpenter,

She is married to her husband Chris Kinnan. No details are available regarding her husband and children if any.