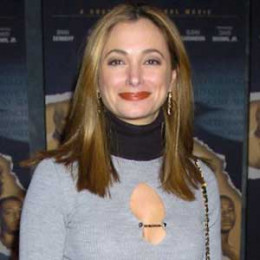 Amanda Grove, an anchor, and host for CourtTV is also a co-chair of Winston & Strawn's Class Action. She used to work in California for KRON's BAY-TV, KNTV, KCCN, WCBS, and CNBC. Amanda is the legal expert for the several shows like- The Early Show, On the Record and Good Moring America.

Amanda was born to Janet Grove and Dr. Ned Grove in 1965 in the United States. Her mother is a retired partner of a San Francisco law firm, O'Connor, Cohn, Dillon & Barr.

Amanda holds American citizenship and is of white ethnicity. She graduated with a degree of BS in journalism from Northwestern University and also earned another degree in law from University of California Hastings College of the Law in 1990. After that, she practiced corporate law and real estate with the firms of Graham & James in San Francisco from 1990-1996.

During the start of her career, she worked for CNBC business news in New York and London too. Moreover, she also worked for WCBS in New York in which she appeared as an anchor and newscaster for CBS Marketwatch and also hosted ''World Museum Classics''.

In 2002, she joined as an anchor in CourtTV, an American cable, and satellite television channel. Grove regularly appeared as a legal expert in several shows including- ''Good Moring America'' presented by Robin Roberts, Lara Spencer, Amy Robach, George Stephanopoulos, Michael Strahan and much more.

She is still committed to the CourtTV, and now she is also the anchor of Newsbreakers. She is now a speaker for Introduction to Food Law and Regulation.

Talking about her personal life, she married her first husband and latterly divorced. Till date, she has never mentioned about her past marriage, divorce and has kept it a secret.

Moreover, she moved on and married to Robert Christopher Holmen on 29th June 2002 at the Church of St. Francis Xavier in New York City. Her spouse, Robert is a managing director of Guggenheim Group, a private investment firm.

The couple got married when they were at the age of 37 (Amanda) and 40(Robert). The couple has two sons together, Grey August Holmen(2003) and Ford Hastings Holmen (2004).

Amanda is the founding director of Community Legal Service Inc, California and also a chairperson of Pro Bono Committee. She also worked for consumer welfare as defended among false advertising cases too.

Amanda might have an estimated net worth in 6 digits. She might earn a good amount from the CourtTV serving as an anchor.

Grey August Holmen is the first child of Amanda Grove and Robert Christopher Holmen who born on 27th January 2003.

After one year of the first child, Amanda Grove and Robert Christopher Holmen again had a second baby named, Ford Hastings Holmen born on 7th March 2004.