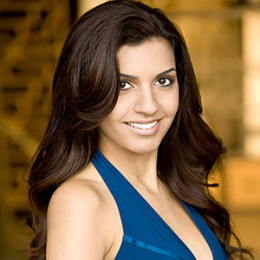 The bold and beautiful Amanda Salas became the incredible part media industry for over the decades. She rose to fame as a correspondent on Hollywood Today Live and featured on the reality show Mystery Diners.

Is Amanda Salas Dating Anyone?

The reporter Amanda Salas is probably single at the moment. In fact, she is rejoicing her sole life without stress. To date, she hasn't introduced any guy as her boyfriend and spotted with anyone special in public.

Back in the 2010s, Salas was romantically linked to a guy from 2012 to 2017. She often tweets about her mysterious boyfriend on Twitter. Her caption reads, "I think it's cute when my boyfriend laughs at BachelorTV commentary #love".

Thus, since she split with her beau, she hasn't opened up anything regarding affairs and relationships.

She prefers to live a low key life and barely speaks about her private matters. Hence, all her personal details are behind closed doors.

Scrolling through her social sites, she never throws a single hint of being in a relationship. It seems she is quite busy in her professional life rather than building a romantic interest with guys.

The 33-years-old lady loves to spend her time with her two rescue dogs whom she named January Bones and her spunky Grandma (Meema) during her spare time.

Sala simply proved that Valentine's Day is not the day of lovers. She posted an image of a beautiful fruit cake on 13th February 2019 which she actually received from her grandmother Galentine. She stated that it's not always necessary to be in a relationship to celebrate the day as everyone is worth celebrating the day.

Well, the above post definitely gives a clue that she enjoys being single!

Amanda Salas, the Latin-American actress is finally back on the Hollywood Today Live after fighting the Lymphoma cancer. Back in 2019, Salas was diagnosed with non-Hodgkin's lymphoma on June 17, 2019. Despite the fatal disease, she showed more strength and graciousness than imaginable amid her cancer battle.

The TV show host completed her final chemotherapy session on October 13 of the same year. She fully supported and even raised funds for Lymphoma awareness Month and Leukemia society in a pancake breakfast organized by the Los Angeles Fire Department.

How Much Is Amanda Salas Net Worth?

The estimated net worth of the Amanda Salas is $800,000 as of 2019. She ensured a decent amount of fortune from her flourishing journalism career. Currently, she associates with Fox News as the reporter and producer. She earns an average salary of around $46,978 working as a Fox reporter. 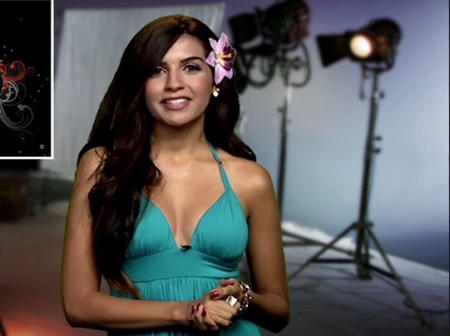 The Fox media personality also served as Entertainment reporter/ host and producer for Hollywood Today Live and Good Day LA. The lady is successful in covering the news from the site visits to red carpet including celebrity interviews adding fun flavor to FOX 11.

The Bronx native besides her journalism even competed in pun competition. As a matter of fact, she is also popular as the pun enthusiast, or "Consultant". Besides this, she adds bucks by covering the Automobiles reviews and Auto show 'Automotive on Demand' created by Time Warner Cable.

The Good Day LA host adds dollars bills between $130.5 and $217.5 from her Instagram ads post and promotion of the products.

Amanda Salas was born on 6th June 1982 in The Bronx, NY, USA. She holds an American nationality and possesses a mixed ethnicity.

Salas grabbed a degree in directing and theater arts from the State University from Long Beach, California. No longer after graduation, she stepped in journalism and began interviewing high profile celebrities.

Amanda is very active in social sites and posses a huge number of fans in her social sites. She gathers over 21,000+ followers and 6,700+ followers on Instagram and Twitter account respectively.