Audience Choice Award-winning Amber Benson rose to stardom following her significant role in the highly rated supernatural television series Buffy the Vampire Slayer. She is also a director, writer, and producer. She had many iconic roles in the movie, including Stephanie in a 1998 movie, Can't Hardly Wait and Cheyenne in The Crush.

Benson's other prominent works include Promised Land, Morganville: The Series, and Another Harvest Moon. As a writer, Benson has published books such as Star vs. the Forces of Evil The Magic Book of Spells and Life Inside My Mind: 31 Authors Share Their Personal Struggles.

Amber Benson was born Amber Nicole Benson on January 8, 1977, in Birmingham, Alabama, United States. She is the daughter born to Diane Benson and Edward Benson, a psychiatrist. She spent most of her early childhood days attending a Reform Jewish temple.

During her early years, the actress took music and dancing lessons as well as performed in the Alabama Ballet Company's production of The Nutcracker. At the time, she also was a part of the Birmingham Children's Theater.

Benson holds American nationality and regarding her ethnicity; she is from a mixed ethnical background. Her father is from a Jewish family and her mother partly belongs to Irish ancestor. She moved to Los Angeles along with her family in the year 1992, to pursue her career in acting.

Amber Benson made her silver screen debut at the young age of 14 featuring in the Steven Soderbergh film King of the Hill. Her breakout role came in 1999 when she featured Tara Maclay in the highly rated supernatural television series Buffy the Vampire Slayer.

Benson made an appearance in many TV shows including Promised Land, Cold Case, Private Practice, Supernatural, Grey's Anatomy, and The Glass Slipper Confessionals. She wrote, directed, produced as well as acted the movie Chance. For her work in the movie Chance, she was also honored with the 2002 Audience Choice Award for Best Feature at the Birmingham Sidewalk Moving Picture Festival. 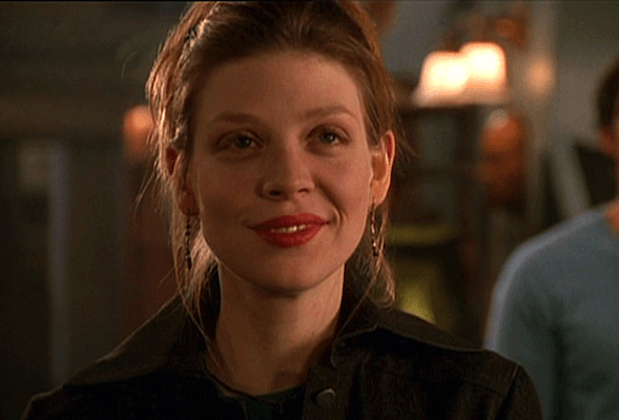 Benson is an actress and writer
Source: TV Line

Benson wrote, directed, and produced the 2003 TV movie Ghosts of Albion: Legacy and the 2006 film Lovers, Liars and Lunatics. She had a role from (2007-09) in the web series Girltrash. A couple of years later, she went on to play a young Judith Collins in the Dark Shadows audio drama Dress Me in Dark Dreams.

Benson received the Grand Jury Award under the category Outstanding Actress in a Feature Film at the L.A. Outfest. Her recent work includes Red vs. Blue, Trip House, The Nightmare Gallery, and Glossary of Broken Dreams.

During the 2008 campaign season, Benson appeared in a Barack Obama advertisement organized by MoveOn.org.

Amber Benson has earned a considerable amount of money from her career as an actress. Benson's net worth is $3 million, as of 2018, according to Celebrity Net Worth. She has authored many books, and some of them are listed below with their price.

1. Star vs. the Forces of Evil The Magic Book of Spells

Benson has been a part of several box office hit movies some of them are,

Amber Benson is yet to be married and has no child. She is not dating anyone officially as of now. But the actress was romantically involved in a relationship with her boyfriend Adam Busch in 2002.

The two also featured together on Buffy the Vampire Slayer. The pair started dating in 2002, but the relationship between them didn't last long and broke up in March 2009. 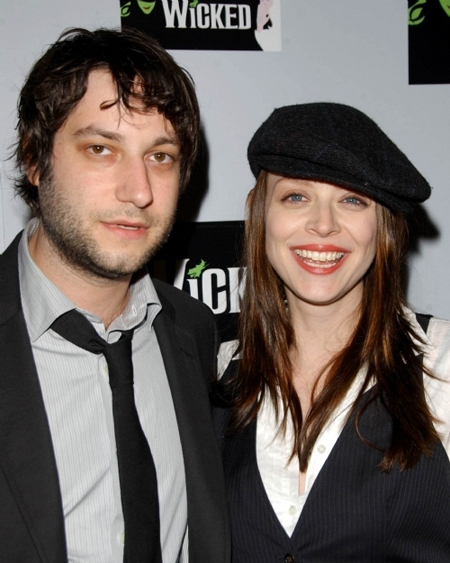 Benson and her ex-boyfriend Awam Busch

Neither Benson nor her former boyfriend Busch has not given any official statements about the breakup, including the reason behind it. Surprisingly, they have remained close friends even after their breakup.

Before Adam, there were also rumored that Benson had an encounter with James Marsters in 2001. At present, She resides in Los Angeles with her mother. She is also an animal lover who has a dog named Pennsylvania's and a cat Benneton.

Besides, Benson is an avid book reader, and some of her favorite authors are Susan Cooper, Marion Zimmer Bradley, J.K. Rowling, Ray Bradbury, and Christopher Golden.

In early 2004, Benson an unfortunate accident in which a barrel full of discarded sod fell on her foot leaving her on crutches. As a result, she was not able to work properly for the 2005 movie Intermedio.