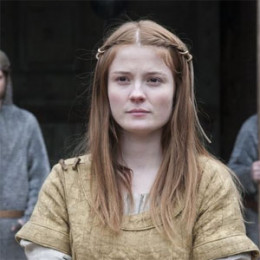 British Actress, Amy Wren is popular for her work in a Nickelodeon's TV show, Summer in Transylvania. She made her debut in the Walt Disney's hit comedy series, Life Bites at the age of 16. She portrayed Frances Earnshaw in Andrea Arnolds' film adaptation of the classic novel, Wuthering Heights.

Amy Wren was born on 12th October 1989, in Leicestershire, England under the birth sign Libra. She is British as per his nationality and is of the White ethnicity.

Wren finished her schooling at Robert Smyth School. She later attended Brooksby Melton College. From the very early age, she was interested in acting.

Wren started her career at the age of 16. Her talent was spotted by Walt Disney UK. In 2008, she played the lead role as Chloe for Walt Disney's TV series, Life Bites. She appeared with Noami Scott, Jeremy Irvine, Dominique Moore, Rupert Simonian and Lucien Laviscount in the show.

Wren worked for Nickelodeon's shows, Genie In The House and Summer in Transylvania. Besides, she also appeared as Frances Earnshaw in Andrea Arnold's film, Wuthering Heights. The film is an adaption of the classic novel, Wuthering Height.

Wren portrayed Lady Evelyn Carnarvon in the 2016 miniseries, Tutankhamun. The series is based on the story of the archeologist Howard Carter, who discovered the tomb of Tutankhamun. She will be appearing in a miniseries named, Little Women which will be releasing in 2018.

Amy Wren, the self-made star is currently single. She had multiple of affairs and relationships in the past. Wren was rumored to be a relationship with Life Bites' co-star, Jeremy Irvine. However, both the star has not confirmed about their relationship. They were spotted together at various events and places.

In addition, Wren was linked with another actor, Jamie Blackley. Jamie is dating co-star of the movie If I Stay, Chloe Grace Moretz.

Besides, Wren was diagnosed with Obsessive Compulsive Disorder at the age of 15.

Amy Wren, 28, has the height of 5 feet 6 inches (1.68m). Wren who started her career from the very early age has the net worth close to million. Her net worth might be $1 million as compared to the net worth of Wuthering Heights' co-star, Kaya Scodelario. However, her exact amount is not yet confirmed.

Wren appeared in a movie, Wuthering Heights in 2011 which was nominated for various prestigious awards. The movie collected very least amount of $1.7 million at the box office and was made under the budget of $5.93 million.