Home Article What is Psychiatric Disorder? Learn about its Effects, Symptoms, and Remedies during your pregnancy

What is Psychiatric Disorder? Learn about its Effects, Symptoms, and Remedies during your pregnancy 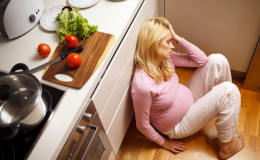 Psychiatric disorders are common in pregnant woman, know all about it's symptoms and treatment in toda'ys section.

Pregnancy is one of the life changing scenarios in a woman's life and it's been considered as the most wonderful and happiest experience, a woman could ever receive.

Despite this fact, various studies have found that more than 20% of women going through pregnancy suffer psychiatric disorders, particularly those women who have a history of psychiatric illness.

A psychiatric disorder is a mental disease characterized by the change in the behavioral or mental pattern of a person causing lack of ability to function normally in life.

Most of the disorders are asymptomatic, i.e. the patient don't show any symptoms in the early stages, which makes it more difficult to diagnose.

So, keeping this in mind, we've enlisted, the most common mental disorders that women face during pregnancy in today's section.

When a woman enters the phase of pregnancy, her body undergoes different physical and emotional changes that lead her to suffer depression. Lack of sleep, appetite, and tiredness contributes more as risk factors for depression. 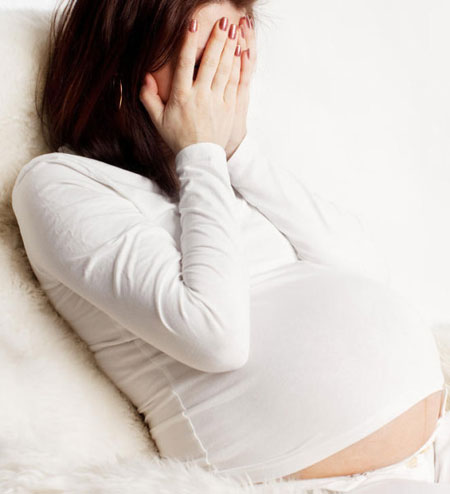 Although mood swings and negative emotions are common during pregnancy, women suffering typical depression is difficult to diagnose. Studies show that depression tends to reach at its peak during the first and third trimesters but less during the second trimester. However, most cases of depression have been reported, after pregnancy, i.e.

Studies show that depression tends to reach at its peak during the first and third trimesters but less during the second trimester. However, most cases of depression have been reported, after pregnancy, i.e. Post-Partum Depression.

Symptoms of depression include:

Anxiety disorder is one of the common women health problems and research shows that 31% of women develop some type of anxiety disorder once during their lifetime.

Obsessive Compulsive Disorder (OCD) in either pregnant women or after birth is termed as Perinatal OCD. 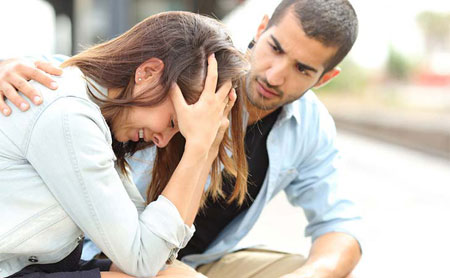 Some women might have Perinatal OCD before getting pregnant, and hence the pregnancy can act as the potential trigger for the disorder.

OCD can be categorized as obsessions and compulsions. Symptoms include:

In 2012, researchers from Department of Psychiatry and Behavioral Sciences, University of Washington Medical School, Seattle, found that the prevalence of suicidal thoughts in low-income pregnant women living in Brazil was 6.3%. 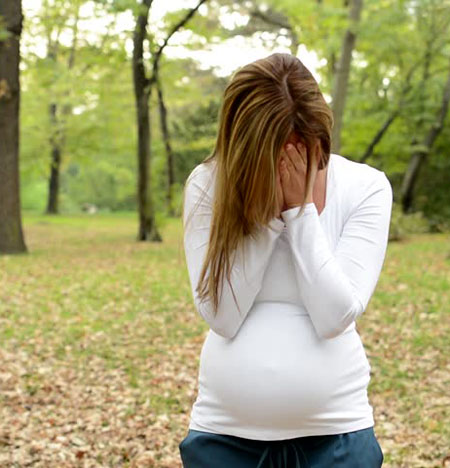 The cases of suicides were associated with previous psychiatric history, past cases of miscarriage, single mother status, and alcoholism.

Risk factors like depression, OCDs, and psychotic behavior leads to suicidal ideation in pregnant and their diagnosis is difficult than in normal ones.

Remedies for psychiatric disorders during pregnancy

1. Mood swings and mild stress and depression can go away naturally, once the baby comes out, however, if the condition persists then, it's best to get professional help. In other cases, you can opt for daily exercise routine for physical and emotional wellbeing during pregnancy.

2. Diagnosis of mental health problems during pregnancy is difficult, so, it's better to do a regular check up to avoid severe cases of disorders. For this, there must be someone to look after the pregnant woman and do regular counseling and guidance.

3. If the patient has past history of any mental disorders than medications and antidepressant drugs like Prozac can be used, but only under the provision of a mental health practitioner.

4. Counseling and various form of therapies such as behavioral therapy, art therapy are beneficial. Under complicated case, hospitalization is suggested.

5. Joining a support group with the combination of counseling and drug therapy is helpful.

It's never too late to share your problems and troubles one suffers during pregnancy. For more information, also see: "

For more information, also see: "Pregnancy is getting company inside one's skin", learn here about the steps to follow and mistakes to avoid during your pregnancy.