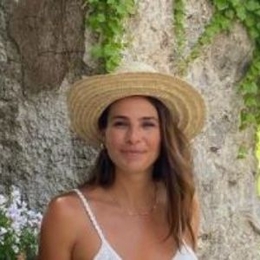 Ana Ayora is a popular American actress who became famous for her excellent acting skills in movies and television series like Captain Marvel, Phoenix Falling and The Big Wedding.

Ana Ayora - Is She Single Or Dating A Boyfriend?

As open as her career is, Ana Ayora's personal life tells a different story. Ana is out of any relationships rumors and seems focused on her acting carer. Further, she never opened up about things such as her dating lifestyle. 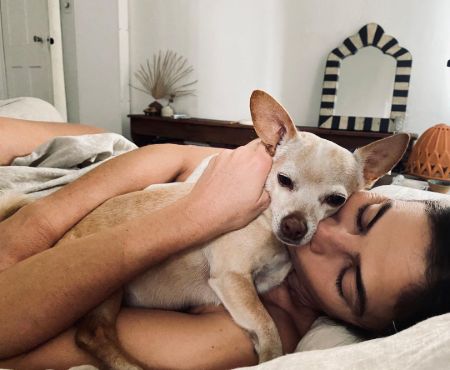 Additionally, the actress is never linked with a man and would often dodge the question regarding any boyfriend or husband in every interview. Besides, the lady is an avid lover and owns a pet dog named Dalia, with whom she shares a good bond.

The black-haired actor is an active person on social media and loves to share posts on her Instagram page for her fans in different exotic destinations. As of 2021, Ana is out of any relationship and looks like to be waiting for the love of her life.

Ana Ayora never found any problems finding a suitable role because of her modeling and exceptional acting skills. Maybe that's why Ayora left a lasting impression on her every role.

Here's the interview video of Ana Ayora for her role in Banshee.

Well, Ayora's career took off in 2008 after landing in the small role of Viviana in the film Marley & Me and the television role of Ana in Lincoln Heights in 2009. Eventually, Ana got her breakout role of Nuria Soto in The Big Wedding.

Not to mention, Aana in 2019 joined the MCU franchise "Captain Marvel" as Agent Whitcher. Her recent television role came as Andi in The Hallmark's Christmas House in 2020. There, Aana worked alongside Johnathan Bennett, Mattia Castrillo and Robert Buckley.

The 38-year-old has an estimated net worth of $1 million. As per some online sources, the actress in the USA has an average annual salary of $50,000 and considering Ana's work, the Miami native surely earns impressive money.