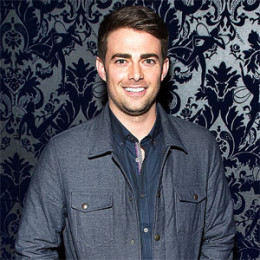 Jonathan D. Bennett is an American model and actor, well recognized for his portrayal as Aaron Samuels in the 2004 comedy film Mean Girls.

Jonathan D Bennett was born on 10 June 1981, in Rossford, Ohio, the U.S. to Ruthanne Bennett and David Bennett, a Toledo physician. He has two half-brothers, Brent and Brian and one half-sister Lisa.

Unfortunately, Bennett's both parents died, his father died due to brain cancer on 28 April 2014 at seventy-three, and his mother died on 30 November 2012, at her age of sixty-seven.

Jonathan Bennett joined Eagle Point Elementary School in Rossford. He gained his first acting experience from a play while in seventh grade while living in North Carolina. After a short time, he went back to Rossford, where he completed his high school at Rossford High School.

Later in 1999, Bennett graduated from Otterbein College, where he was a student of the theatre program. After dropping out of college, he shifted to New York to pursue a career in acting.

In New York, Bennett portrayed the character J.R. Chandler on the ABC soap opera All My Children from 2001-2002. Since then, Bennett has made his appearance in various television dramas like Deception, Veronica Mars, Law & Order: Special Victims Unit, and Smallville.

Bennett has also appeared in the famous comedy movie Mean Girls starring Lindsay Lohan. He also co-starred in the family comedy Cheaper by the Dozen 2 alongside Piper Perabo.

Bennett then featured in the direct-to-video prequel The Dukes Hazzard: The Beginning where he played as Bo Duke. In 2009, he played the title character in Van Wilder: Freshman Year, which released in DVD's only. His other credits in movies include, Ths Assistants, Love Wrecked, Music High, Pawn, Anything is Possible, Paid in Full, Submerged, and in television series including, The Bill, Boston Public, Dad, Elevator Girl, Sweet Surrender and more.

In 2015, Bennett was a host of a cooking competition called Cake Wars aired via Food Network.

Dancing with the Stars

On 4th September 2014, Bennett participated as one of the celebrities on the nineteenth season of Dancing with Stars. Bennett collaborated with professional dancer Allison Holker.

Bennett's memory of his late parents motivated him to join the competition, as both of his parents loved the show. Bennett and his partner were eliminated on 6th Week of the contest with 9th place.

Jonathan Bennett is openly gay. He is in a romantic relationship with his longtime partner, James Vaughan.

“All I want for Christmas is a real good tan”- @kennychesney

Previously, he has been dating his alleged boyfriend, James Vaughan, an English professional footballer, a forward player for Premiere league club Sunderland.

The pair seems to have a happy life together. They are spotted in festivals, events, and even their pictures can be seen on Bennett's Instagram.

In an interview, the judge of Dancing With The Stars, Julianne Hough said,

''Bennett tweeted me last year and said, like, i had a nice butt, but he also tagged my trainer. And i was like. 'Oh, he's hitting on me. I should try to go on a date with him.''

Well, he is possibly happy right now in his current relationship.

Jonathan Bennett earns a decent amount of money as a model and actor. He has made his appearance in various movies and television series. His film Mean Girls made $86.1 million domestically, $43 million internationally with a total worldwide gross amount of $129 million.

He also owns a luxurious mansion in Los Angeles. The house has one den, living room, one dining room with a capacity of more than 20 guests, one-bedroom and the backyard with swimming pool.