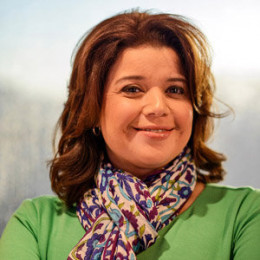 Nicaraguan-born American Republican strategist, Ana Navarro Flores and is a political commentator for various news outlets, including CNN, CNN en Español, ABC News, Telemundo, and The View. She obtained a Bachelor of Arts in Latin American Studies and Political Science from the University of Miami. Navarro has served on a number of Republican administrations, including the transition team for Florida governor Jeb Bush. In 2014 she was hired as a political commentator for ABC News. She has also been a contributor to CNN and CNN en Español.

Ana Navarro was born on 28th December 1971 in Chinandega, Nicaragua. She is the youngest child and has two brothers and an older sister. Her father, Augusto “Tuto” Navarro, worked as a Nicaragua’s Minister of Agriculture.

Navarro and her family emigrated from Nicaragua to Honduras where they obtained a legal visa before entering the United States in 1980. An amnesty program created by President Ronald Reagan allowed immigrants who had come to the country prior to 1982 to obtain citizenship.

In 1979, The Nicaraguan dictator Anastasio Somoza opposed her family, the Navarro family became an American citizen under a Reagan-Era Amnesty Program.

Ana Navarro attended the Carrollton School of the Sacred Heart and obtained her Bachelor of Arts degree with Majors in Latin American Studies and Political Science in 1993.

Ana Navarro began her career on a several of Republican administrations including the transition team for Florida governor Jeb Bush in 1998. She also worked as the National Co-Chair of the Hispanic Advisory Council for John McCain in 2008 and Jon Huntsman Jr. in 2012.

Navarro was hired as a political commentator for ABC News also been a contributor to CNN and CNN en Espanol in February 2014.

She was a strong supporter of Jeb Bush's 2016 presidential campaign.

On 7th November, Navarro said that she had voted for Democratic presidential nominee Hillary Clinton. She is lifelong Republican, she is vehemently anti-Trump and said she decided to vote for Clinton after seeing how close the race in Florida.

Navarro worked as Ambassador to the United Nation’s Human Rights Commission also a strong advocate for the condemnation of the Government of Cuba for human rights abuses in 2001.

Also in 1997, she worked as a special advisor to the Government of Nicaragua. Moreover, she worked as advocates for NACARA (Nicaraguan Adjustment and Central American Relief Act).

She opposed Trump from the start of his campaign.

As a result, Trump called Navarro to be fired from her job as a CNN commentator also added to an online petition in November 2015, calling on the news network to pink-slip Navarro.

Navarro exchange with Hughes was over a slang term for female anatomy.

Navarro and Hughes stuck by their stances the next day.
The viral exchange between Hughes and Navarro in 7th October. By Saturday morning, 8th October Navarro still calling for Republicans to abandon their support of Trump.

Hughes continued to defend Trump and dismiss his comments about groping and forcing himself on women as irrelevant.

In Saturday morning, after another panelist entitled Trump, “an irredeemable pervert and sexual predator,” Hughes responded by saying that the remarks had not affected women at all.

Navarro also states that Donald Trump is a “vile bigot,” “flat-out racist,” “jerk,” “swamp thing,” and “crazy orange man with an unidentifiable furry object on his head ranting into the wind.”

Talking to PEOPLE, she gushed that her husband, 71, treats her like a princess.

One of the most special moments for a daughter, is having her dad walk her down the aisle. I'm blessed to have mine around and was able to experience that last night. And of course, we walked out to "Guantanamera". #NavarroCardenasAtLast

"He likes to stroke my hair and tell me I’m beautiful. I like everything about him."

"I feel full of love and surrounded by love."

Here's one of the beautiful moments at her wedding!

About last night... If want to see more, go to @peopleenespanol #navarrocardenasatlast

She wore a gown designed by Luis Escudero for Rene Ruiz Collection.

Beautiful lady, Navarro stood with her tall height of 5 feet 5 inches. Ana earned an appropriate amount of net worth from her career. However, she hasn't revealed the exact figure of net worth but it was assumed to be huge.