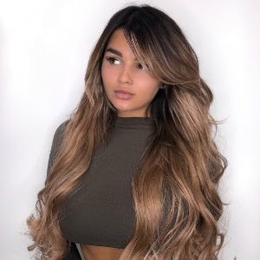 Anastasia Kvitko is a Russian Instagram model and entrepreneur who is currently based in the USA. Because of her amazing curves, she is regularly compared to Kim Kardashian. Not only that, but she has also earned the nickname of Russian Kim Kardashian.

Anastasia Kvitko is one more example of people finding fame because of social media. Kvitko, after joining Instagram, started getting a massive fan following because of her incredible 38-25-42 measurements.

Kvitko, after realizing that people love her curves, began to turn them into her trademark. She started posting more bikini pictures that showcased her toned body. 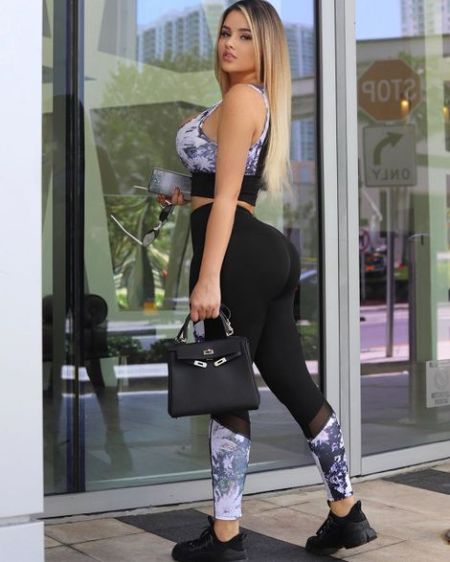 As Kvitko began to gain significant followers on Instagram by revealing more and more, people started criticizing her that she is following the path of reality star Kim Kardashian.

Critics began to point out that the brunette is also using her assets to be famous just like Kim Kardashian. As this criticism began to spread more, she gained the nickname, Russian Kim Kardashian.

Kvitko, in an interview, revealed that she likes Kim Kardashian, but she doesn't like being compared to her. She stated that the star of "Keeping Up with the Kardashian" is far behind her.

Kvitko, from the beginning, has faced criticism that she does heavy photoshop on her Instagram posts. Also, people has speculated that her curves are a result of multiple plastic surgeries.

The 25-year-old, however, has always insisted that she doesn't use Photoshop, and her curves are natural. Furthermore, she claims that she has done only one surgery in her life, which is the removal of her appendix. 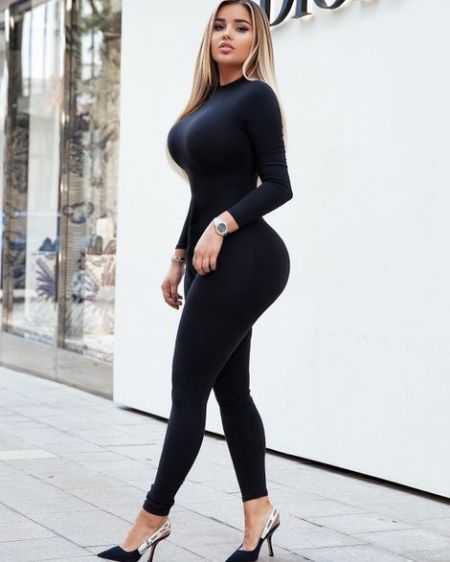 In addition to that, Kvitko states that her perfect body is the result of a strict diet and exercise regime.

"When I was a child I was into athletics, and now I just try to stay fit and go to the gym four times a week. I don't eat meat and chicken, I avoid fast food and choose a healthy diet."

People are, however, not convinced with the model reasoning. Infact, Russian plastic surgery site Tecrussia.ru has refuted Anastasia's claims that her body is natural. On their website they wrote:

"We doubt the girl's statements that she achieved it only with the help of physical exercises: in the gym you can only improve the muscles, change the shape of your bottom but you can't dramatically increase its size." 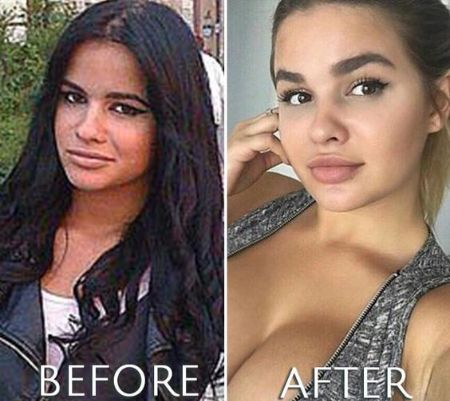 Anastasia Kvitko before and after surgery pictures. SOURCE: Pinterest

Though it is not clear whether Anastasia is telling the truth, the internet is filled with Kvitko's Before and After plastic surgery pictures. The pictures claim that she has done a nose job and lip augmentation surgeries.

Anastasia Kvitko Who Was Once Spotted with Lewis Hamilton Currently In A Relationship?

Anastasia is not hesitant to showcase her curves to the world, but when it comes to her personal life, she is very secretive. She does not talk about her romantic life on social media and the public. Furthermore, not many link-up rumors float about her in the press.

The only time Kvitko created romantic gossip was when she was spotted out at a restaurant in 2018 with British Formula One driver Lewis Hamilton. It was reported that the pair exited the restaurant together. 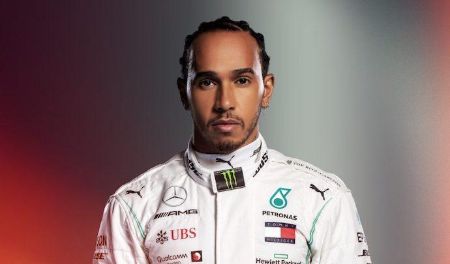 Though neither Kvitko nor Hamilton confirmed the news of their hookup the news is not surprising given Hamilton's history of dating women with eye-popping curves. The Formula One World Champion previously dated Nicole Scherzinger and after the split was rumored to be dating rapper Nicki Minaj.

Anastasia, before moving to the USA, was believed to be in a relationship with Russian businessman Arseny Sharov. The details of their romance are not known because of Kvitko's private nature.

Meanwhile, asides from wanting to know the man that could be romantically linked to this Russian beauty, her millions of fans and admirers also want to find out about one thing.

Well, Kvitko's followers are curious to learn if the plus-size model has OnlyFans. Does Anastasia have OnlyFans? As of December 2021, Kvitko hasn't mentioned anything about her OnlyFans. Thus, it's safe to say, Kvitko is yet to join the site or has no interest to make a page on OnlyFans.

Anastasia Kvitko started her modeling career soon after she completed her schooling. However, at first, she struggled to get any modeling assignments as many agencies thought that she was too fat.

The brown-eyed beauty, instead of losing her curves, decided to showcase her assets on Instagram. Soon, she started getting recognition and modeling opportunities, especially from the USA. Thus, she decided to move to the USA, and the rest is history. 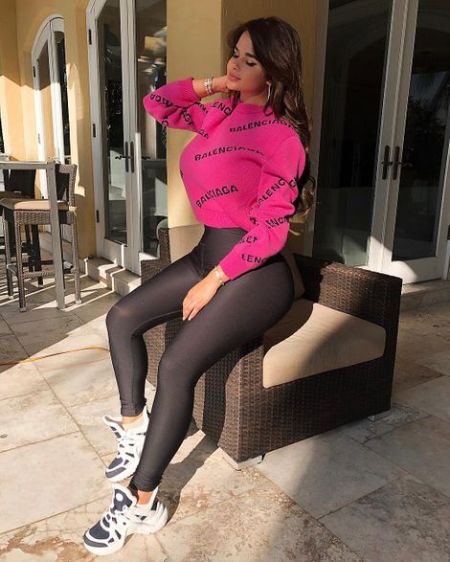 As of March 2020, Kvitko has over ten million followers on her Instagram and earns $21, 428-$35, 713 per promotional Instagram post. She is also regularly partnering with various brands such as fashionnova and Bang Energy.

In addition to that, Anastasia has invested in some business ventures. From her earnings as a model, and business, she is able to accumulate a total networth of $1 million.