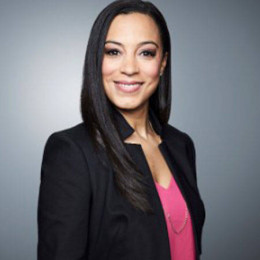 Angela Rye is best-known as the Principal and CEO of IMPACT Strategies. She is a daughter of Eddie Rye Jr., a community organizer as well as business consultant and Andrea Rye, a retired college administrator. Rye graduates from the University of Washington and Seattle University School of Law. She is Possibly single at the present.

Angela Rye was born on October 26, 1979, in Seattle, Washington. She is American and belongs to the White-American ethnicity. Rye graduated from Seattle's Holy Names Academy, the University of Washington and the Seattle University School of Law.

She then started her career in legislative advocacy at the National Association for Equal Opportunity in Higher Education as the coordinator of Advocacy and legislative affairs. Rye is a CNN Political Commentator and NPR Political Analyst.

She also featured as an influential politico, lawyer, and advocate by many publications and outlets from Marie Claire to Ebony and the Washington Post.

Angela Rye worked as the Executive Director and General Counsel to the Congressional Black Caucus for the 112th Congress. Prior to working for the CBC, Angela worked as Senior Advisor and Counsel to the House Committee on Homeland Security under the leadership of Congressman Bennie G. Thompson.

Angela Rye always maintained a low-key personal life. Currently resides in California, she is quite ambitious and hardworking. Her current relationship status is possibly single.

2018 was the year of freedom. I learned so much about the word—from releasing to healing to setting others free. 2019 is the year of love. I cannot wait for this journey! Starting TODAY, may you walk in the full strength of your freedom toward transformational, unconditional love. #HappyNewYear! I love y’all! #LOVEisfreedom #mood

Rye is active in social sites and she has more than 996k followers on her Instagram as of 2019.

The CNN commentator previously dated hip-hop star Common. The couple called it quits after eight months of relationship in March 2018. She said to Page Six TV,

'We have and will always be friends.'

"He is an amazing human being, and I'm a much better person because he's a part of my life. May we all keep loving and living."

News about their break surfaced in media when the Love Beats Rhymes actor shared an Instagram image gushing about 'dear friend' Ava DuVernay in honor of International Women's Day.

Rye earned a good sum of net worth from her career but due to her secretive nature, she hasn't disclosed the real figure to the media.