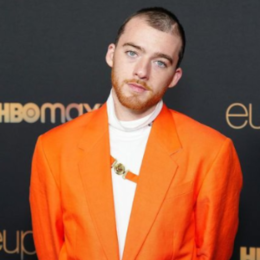 Angus Cloud is a rising American actor who came to the limelight after landing the role of Fezco in Euphoria. Cloud is known for his extraordinary acting skills and charming look in the entertainment fraternity. He is also a social media star, model, TV personality, and entrepreneur.

Actor Angus Cloud is possibly single as of now. Despite being young and good-looking, Angus prefers keeping his matters away from the media spotlight which might be the reason people know very little about his background. 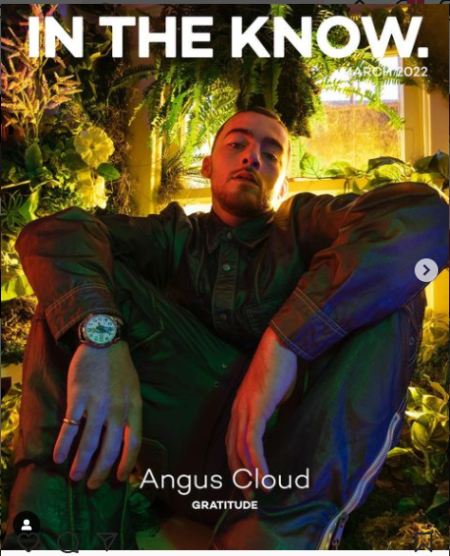 Angus Cloud is single at the moment. SOURCE: Instagram

There is not much hint about Cloud's love affairs but the actor maintains an active presence on his Instagram page. Angus opened his self-titled account just around the time of the HBO series's launch which made him famous.

What is Angus Cloud's Net Worth?

Angus Cloud summoned an estimated net worth of $300,000 as of 2021 as he receives an alleged paycheck of $32,000 per episode which is the basic salary of newcomer actors in the United States. 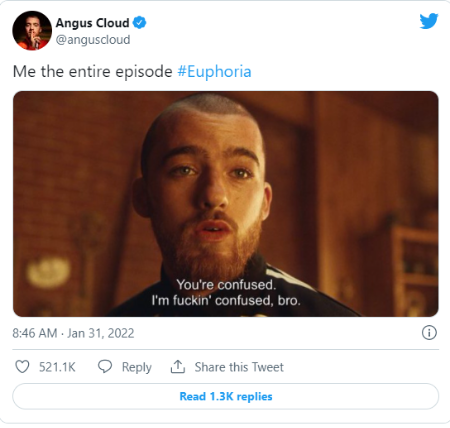 During an interview with WSJ, Angus stated he is working on improving his acting skills and that his dream is also to be a voice-over actor in a cartoon. Before fame, Angus worked at a chicken-and-waffles restaurant nearby the Barclays Center in Brooklyn.

Angus Cloud worked as a Waiter

Before he made it big, Angus Cloud worked as a waiter in a restaurant and the video has gone viral on social media. One of the TikTok users wrote, "Wow, four years ago Fez was my waiter at birthday brunch in Brooklyn".

Angus was seen clearing Darleen's table in 2018, as per the video that went viral with more than 26.9 million views as per American publications. Before the release of Euphoria in 2019, Angus might not have had any acting experience.

Before Angus began acting, he earned $7.50 per hour at the Waffle House. When Fez's grandmother expired, he managed his grandmother's business before he landed a role for the HBO Max show.

Angus Cloud is globally famous for landing the role of Fezco, a Kind-hearted drug dealer in Euphoria. Euphoria is Could's debut role, as also listed on IMDb. He has certainly received a great project to kick things off with.

In the series, he cares about Rue, played by Zendaya. At first, he's seen as being supportive of Rue's recent completion of rehab but is later disappointed when she says she doesn't plan on being tidy. 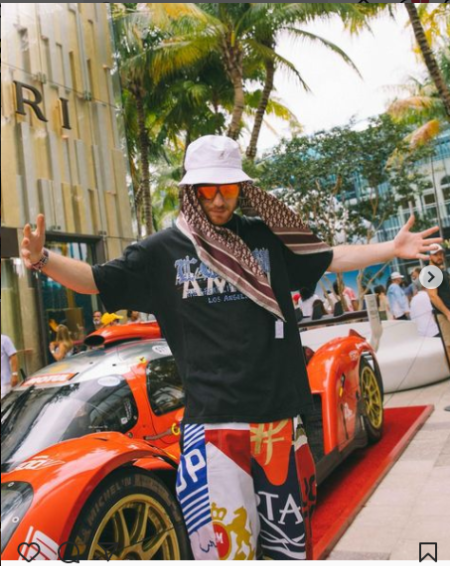 Following a scary encounter involving Fentanyl in Episode 2, Fez and Rue's relationship hit a peak at the end of episode 3. It's the moment when Fez didn't allow Rue inside for drugs for her health betterment.