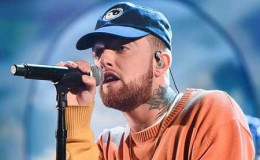 Rapper Mac Miller passed away due to a drug overdose at his residence in LA; Ariana Grande's ex-boyfriend was only 26 and he recently had released his record, Swimming; Also, see..

American rapper Mac Miller is no more, he died of an apparent drug overdose according to his autopsy report.

An unrecoverable loss to the world of rap music!

Rapper Mac Miller has sadly passed away in his home in Los Angeles, California. According to the media, the 26-year-old rapper died of the drug overdose.

The world of rap, today, is mourning the loss of one of the most creative and reinventive rapper. 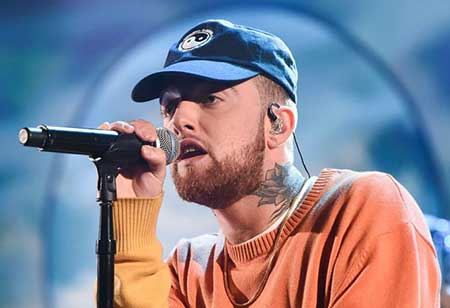 Rapper Mac Miller is no more, He was 26
Source: Complex

The rapper's, whose real name is Malcolm James McCormick, released their official statement after his passing. The statement read,

“Malcolm McCormick, known and adored by fans as Mac Miller, has tragically passed away at the age of 26.”

“He was a bright light in this world for his family, friends and fans. Thank you for your prayers. Please respect our privacy. There are no further details as to the cause of his death at this time.”

The coroner who did the autopsy revealed in the report that the main cause of his death was an apparent drug overdose. The County of Los Angeles in its report said,

“In the late morning of Sept. 7, Malcolm McCormick (dob 1/19/92) was found unresponsive in his home located in the 11600 block of Valleycrest Drive in Studio City."

The rapper was already going through a tough time after he broke up with his girlfriend, Ariana Grande earlier this year. It was because of his trouble with sobriety which led to their break-up.

The duo started dating after they first met each other in 2012. Both of them even performed during the One Love Manchester Concert in 2017.

The rapper had just released his record titled Swimming and was also about to go on a tour. The world of music and rap is sad after he passed away and celebs like Charlie Puth, Snoop Dogg, and Chance The Rapper reacted to his death on their respective social media handle.

I dont know what to say Mac Miller took me on my second tour ever. But beyond helping me launch my career he was one of the sweetest guys I ever knew. Great man. I loved him for real. Im completely broken. God bless him.

I can’t keep losing friends like this...I wish I spent more time with you these past weeks...I’m so sorry... rip MAC...you wrote the soundtrack to my college years and I’m so happy I got to know you...this sucks this really really sucks.

We truly are sad about the loss and thoughts and prayers to the McCormick family.