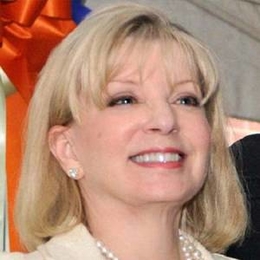 Ann Carlson Khan is most known in public as the wife of Pakistani-American Billionaire Shahid Khan. However, only a few people are aware that she is also a successful businesswoman herself.

There is a stereotype for Billionaires that they marry multiple times and mostly to someone much younger than them. Well, they cannot blame people for having that myth. After all, many billionaires are currently in their third or fourth marriage with a much younger wife. Donald Trump and George Soros are good examples of that.

Forbes, in an article in 2010, however, debunked that stereotype and stated that most filthy rich men are fairly monogamous. This statement is valid for at least Billionaire Shahid Khan who is only married once. So, who is this lucky lady who won the heart of Khan and became his life partner? Well, it is none other than his college sweetheart, Ann Carlson Khan. 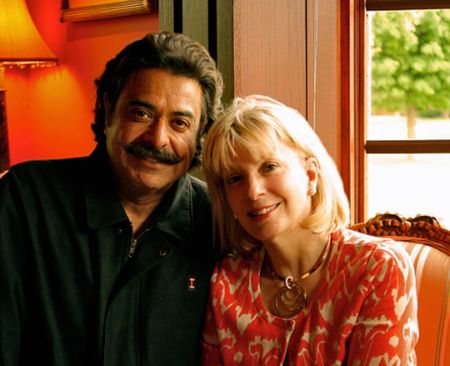 Ann Carlson first met her future husband Shahid Khan in 1967 at their alma mater the University of Illinois at Urbana-Champaign. They were introduced to one another by Khan's fraternity member at a college bar. The first meeting went well between them, and they soon started seeing each other. The lovebirds dated throughout college and after graduation as well.

Ann was more than ready to tie the knot with Shahid after college; however, he continued to delay the marriage. He wanted to be financially stable before settling down. Finally, after starting his own business Shahid propose to her which she readily accepted. The wedding took place at a Las Vegas wedding chapel in 1977.

After marriage, Ann Carlson added her husband's last name and became Ann Carlson Khan. She, however, did not change her religion. She is still a practicing Christian, whereas Shahid is a non-observant Muslim.

Ann Carlson Khan and her spouse welcomed their firstborn Tony Khan in October 1982.  Five years later, in January 1987, the couple welcomed a daughter Shanna Noelle Khan in their life. 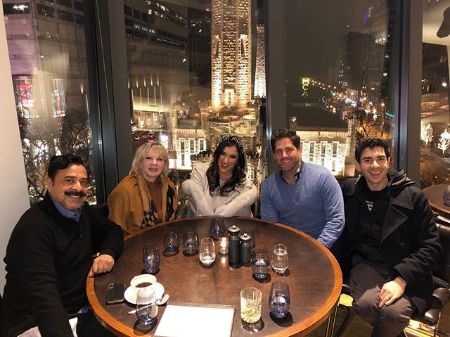 Both kids followed the footsteps of their parents and started the business. Tony is the owner of TruMedia Networks and the founder of All Elite Wrestling. Whereas Shanna is the co-owner of the United Marketing Company in Chicago. She got married in 2015 to Justin McCabe at the Plaza Hotel in New York.

Ann co-owns the United Marketing Company alongside his daughter Shanna. Also, she is involved in many charity works alongside her husband, Shahid Khan. 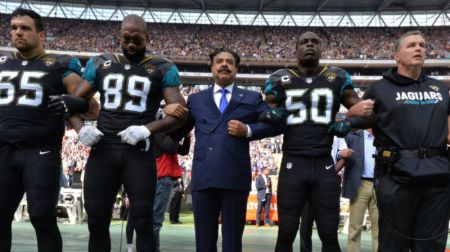 Shahid Khan is a billionaire who, as of 2022, holds a total net worth of $9 billion. He owns the company Flex-N-Gate, NFL team Jacksonville Jaguars, and English football team Fulham F.C. Also, he is a lead investor in Elite Wrestling. Besides, Mr. Khan is the richest person of Pakistani origin in history, as of yet.

Ann and her husband have multiple real estate throughout the country. Their main residence is in the town of Urbana and Champaign, Illinois. Also, they have a penthouse in the Magnificient Mile area of Chicago. They bought that 9,000-square property in 2006 for $8.3 million. Similar to billionaire Chris Cline. 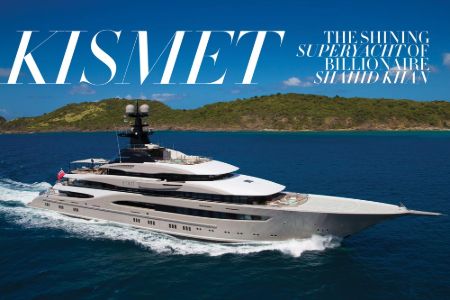 Also, the couple has a yacht named Kismet, which costs around $200 million. Furthermore, they also own four private jets. Not to mention, it was reported in 2018 that Mr. Khan wanted to buy Wembly stadium which was built at the price of £1.22 billion in today's value in February 2022. Besides, Khan is also the 291st richest person in the world, as per Forbes in 2022.

Shahid Khan and Ann Carlson Khan are married for over four decades. They first met in college.

Tony Khan is the son of Ann Carlson Khan and husband Shahid Khan. He is also a businessman.

Shanna Noelle Khan is the daughter of Ann Carlson Khan. She tied the knot in 2015 .