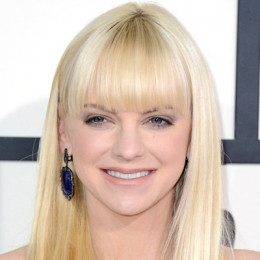 Anna Kay Faris is a singer and actress best known for her roles in Lost in Translation, The House Bunny, Yogi Bear, What's Your Number, The Dictator, I Give It a Year and many more. She is the daughter of Jack, a sociologist who worked at the University of Washington and Karen, a special education teacher. In 2009, she was ranked 60th on the list of "100 Sexiest Women in the World" which was published by For Him Magazine.

Anna Faris is a married woman. She was first married to her boyfriend with whom she dated for a long time. After their strong relationship, they finally found themselves comfortable in getting married and tied an official knot in front of many popular faces.

However, after staying under the safe roof for some couple of years they got separated. After the tragedy, she again got married to a guy whom she loved and also have a child with him.

The 1.65 m tall actress is currently in a relationship with boyfriend Michael Barrett. He is a cinematographer by profession. She and Barret began dating for about a year and a half.

Anna Faris met actor Chris Pratt in early 2007 at the table read in Los Angeles for the movie, Take Me Home Tonight. They shared vows in late 2008 and married on July 9, 2009, in a hush-hush ceremony in Bali, Indonesia.

Anna gave birth to a son, Jack Prat on August 25, 2012, with ex-husband Chris Prat. She returned to work a month after giving birth to her son for filming Cloudy with a Chance of Meatballs 2.

The blonde beauty was six months pregnant with her son Jack when she completed filming on I Give It a Year. Moreover, Jack was born 9 weeks premature weighing only three pounds.

Anna Faris and her ex-husband Chris Pratt, each had a dead bug collection before they met and have since combined their collections.

Faris began had an affair with actor Ben Indra shortly after they met on the set of 1999 indie slasher film Lovers Lane (1999 film). They walked down the aisle on June 2004. Faris filed for divorce in April 2007 citing irreconcilable differences.

Anna Faris has an estimated net worth of $30 million in 2019. She receives a salary of $200 thousand per episode for appearing television series.

As a part of a divorce agreement with Ben Indra which was finalized in February 2008, Faris agreed to pay Indra $900,000 in addition to other property and acting royalties.

He is an American actor known for his television roles, including Bright Abbott in Everwood and Andy Dwyer in Parks and Recreation.

He was born nine weeks premature and spent a month in the NICU. He is often seen taking pictures with his parents.