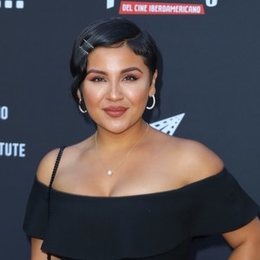 Annie Gonzalez is one of the new faces in the entertainment industry. She made her acting debut in 2011 appearing in an American comedy-drama television series Shameless which premiers on SHOWTIME. She likewise appeared on a television drama, Vida. Further, the actress will appear on the upcoming series Gentefied.

Secretly Dating The Love of Her Life

Annie Gonzalez is well-known for her portrayals on the screen. With her outstanding performance and attractive looks, the beautiful actress has won the hearts of her fans. People are aware of her professional life, and they likewise are keen to know the details of her love life. 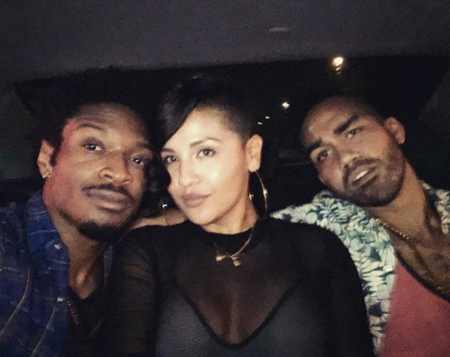 Annie Gonzalez with her lover and friend SOURCE: Instagram (@gentrywhite)

Her well-wishers often question whether the versatile actress is already taken or still single. Gonzalez is secretive and mostly keeps the information of her personal life under the radar, so she is yet to reveal about dating life to the public.

But it's rumored that the actress is in a relationshp with her beloved boyfriend, Gentry White who is also an actor credited for his roles in Fast & Furious 7, Aquarius, and UnREAL. As both of them are involved in the same profession, they probably met while working together. However, they are yet to confirm the news on their relationship.

Furthermore, their similar interest might have played an important role in making them closer. To date, neither Gonzalez nor Gentry have disclosed when they met; however, Gentry was the first to share a photo of them on his Instagram account. 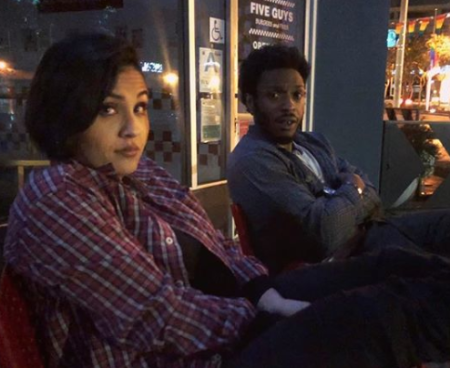 On 24th August 2018, the actor uploaded a group photo of himself and Annie and a guy and captioned it as 'A Queen And Her Jesters.' As per the post, they are together since 2018 or even earlier. Similarly, he uploaded the next picture with the actress on 16th December 2018, and on the caption, he wrote 'The many faces of friendship.'

Gentry never admitted dating Annie in any posts. Later on, 18th November 2019, Shameless cast wished birthday to the actor via Instagram by posting a cozy picture. She wrote a beautiful caption as;

"Are we a couple? Maybe but also no... I love you... you’re getting older, and at present, I’m glad I get to get older with you wow we make a GREAT COUPLE!#scorpiogang" 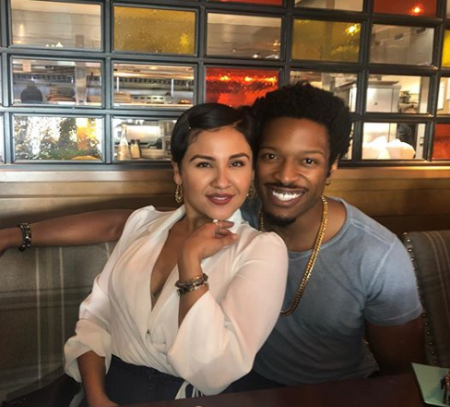 As per the post, it's still confusing if Gonzalez and Gentry are in a relationship. But from then onwards, none of them have shared pictures of them on their respective social accounts. Nevertheless, they may be enjoying their relationship to the fullest without facing unwanted rumors and controversies.

Her Journey in the Entertainment Industry

Chicana-East La raised American actress Annie Gonzalez made her acting debut by appearing in the comedy-drama television series Shameless in 2011. On the series, she played a minor role, which wasn't credited. She next played in the TV series Vida in 2018.

YouTube: Annie Gonzalez talks about VIDA at the season 2 premiere

Moreover, the actress will appear in the American comedy-drama web television series Gentefied. It will be released on 21st February 2020, on Netflix. She will be sharing the screen along with Karrie Martin, Joseph Julian Soria, America Ferrera, and others,

Annie Gonzalez is a rising star in the entertainment industry. Starting her career as an actress in 2011, she has appeared only in a few TV series, including Gentefied, Vida, and Shameless. For her portrayal, Gonzalez probably received good payrolls.

On average, an actor in the United States earns an annual salary of around $56,741. Gonzalez has a net worth of around $100,000, and it is bound to rise in the upcoming days as she has a long way to go through her career.

For more celebrity Gossips and Biographies, Stay in touch with Marriedwiki!!!