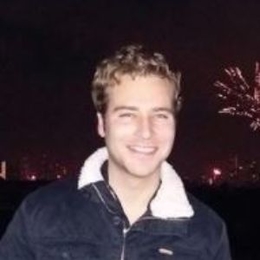 Anthony Ingruber is a Canadian voice actor and screen actor who worked in Avatar, Age of Adaline, Air Aces and the Joker. He gained global attention through his trademark celebrity impressions, notably Harrison Ford's impression.

Who Is The Girlfriend Of Anthony Ingruber?

Anthony Ingruber equally maintains his professional as well as personal life. Anthony is currently dating his lover Talitha Jacobs, an art and primary school teacher. Their affairs began in 2018. 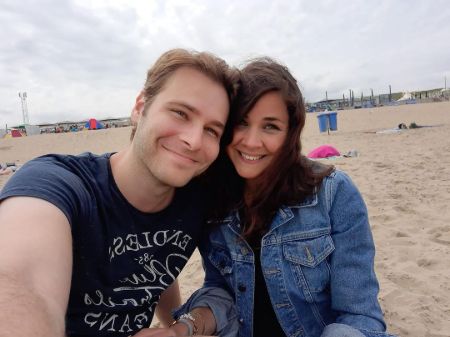 Anthony Ingruber on a beach with his girlfriend, Talitha Jacobs. SOURCE: Instagram(@anthony_ingruber)

Well, Ingruber made his relationship Instagram official by uploading several adorable pictures. The duo likes to spend quality time whenever they're free and never miss to provide a glimpse to their fans via social media platforms.

Since the start, Anthony never hesitated to talk about his love life publicly. Ingruber, with a picture together, said that he is immensely happy to be blessed to be next to his love and wrote,"#blessed." 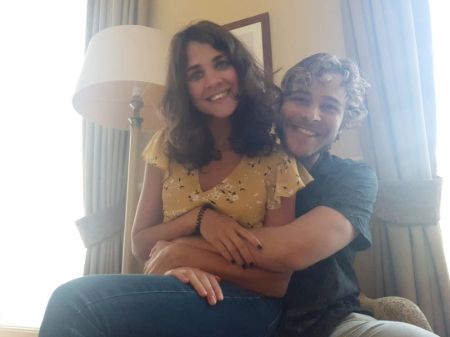 Further, Anthony and his partner visit exotic places on vacations and attend different events as a couple. In one of the Instagram posts, he told Talitha artist never wants to lose her.

Similarly, the guy never fails to show his affection to his girlfriend. On Sep 24, 2020, they celebrated their dating anniversary. Anthony wished her anniversary through a lovely picture with the caption," For our anniversary, we decided to treat each other to lip injections xoxo."

Net Worth & Career in Diverse Field of Anthony Ingruber

Anthony Ingruber initiated his acting career with the film " Over the Front: The Great War in the Air" as Air Force Pilot in 2008. His first notable role was in the independent film The Age of Adaline, portraying a younger version of Ford.

Here's the video of Anthony Ingruber on Matthew McConaughey's impression.

In addition, Ingruber bears a striking resemblance to Starwar's star Harrison Ford. Interestingly, the fans wanted him to play the young Han Solo on Solo: A Star War Story was announced in 2018.

The massive talent Ingruber can make an impression on actors like Matthew McConaughey and Mark Hamill. Anthony became known on the internet for his Harrison Ford Impression. He published his Han Solo voice impression on his self-titled Youtube Channel, which garnered 2.2 million views in 2021.

The estimated net worth of Anthony is $1 million thanks to his appearances in various works, including acting in the entertainment industry and voice-over. The Doug Houser's voice-over artist makes a good income from it and gets paid an average annual salary of $90,000.