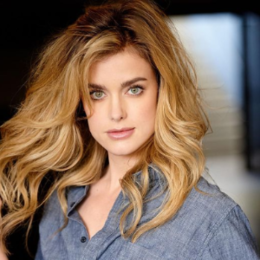 Ashley Newbrough is an American actress best known for portraying Sage Baker in The CW Drama, Privileged. Besides that, she won the hearts of millions for appearing in several Christmas-themed television series since 2015.

Is Ashley Newbrough Married? Who's Her Husband or Boyfriend?

Ashley Newbrough has not married till today's date. Indeed, She is in a romantic relationship with her boyfriend, Matt Shively. Ashley met the love of her life on the 4th of July. According to Ashley's Instagram post, she went on a date with her would mate on 25th August 2017. 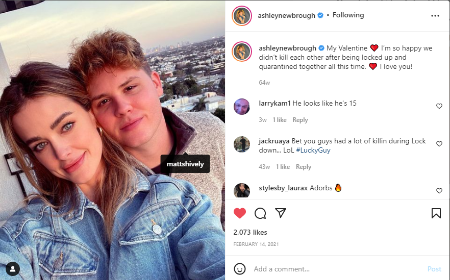 Ashley has been sharing an apartment with her partner for six years. Midst six years of the relationship, the duo faced many ups and downs and stood by each other's side. Newbrough has neither engaged nor planned for the wedding to date. Yet, it seems like their relationship will last long. 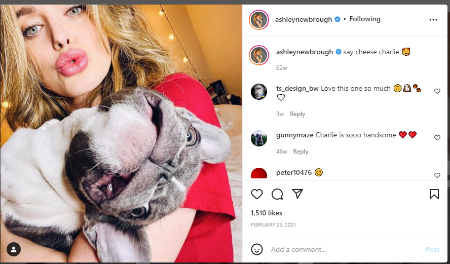 Ashley Newbrough lives with her dog, Charlie. SOURCE: Instagram (ashleynewbrough)
Ashley Newbrough has not yet become a mother to children. Infact, the starlet has a dog named Charlie, whom she considers her kid. Newbrough's Instagram handle is showered with the pictures of her French Bulldog.
Matt Shively was once rumored to be gay because of his mysterious nature and charming looks. Later, in the 2010s, the actor proved it false after confirming dating Ashley Newbrough. Previously, he dated Laura Samuels.

Ashley Newbrough has summoned an estimated net worth of $1 million as of 2022. The Canadian-American actress bags a huge amount from her successful acting career. 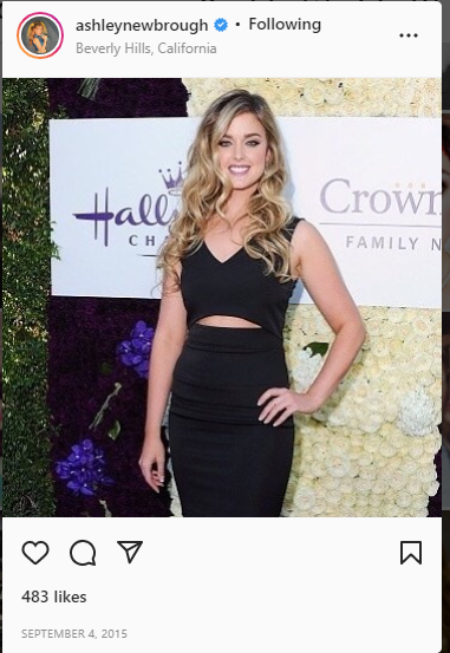 Ashley Newbrough is a skillful American actress. SOURCE: Instagram (ashleynewbrough)
Newbrough has appeared in many hit television series like Privileged, Mistresses, Rent-A-Goalie, Kaw, The Perfect Man, Radio Free Roscoe, Missing, Get a Clue, and The Zack Files.
Speaking of Ashley Newbrough's partner, he makes a decent amount from his career as an actor. Mr. Matt Shively will have an estimated $3 million in 2022. Matt starred in films and series like Winx Club: Enchantix, True Jackson, The Troop, Power Ranger, Paranormal Activity 4 etc.