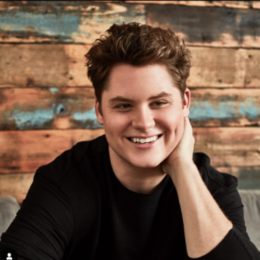 Matt Shively is an American actor who made millions from a successful career as an actor. He is immensely popular for her character in Winx Club: Enchantix, True Jackson, Paranormal Activity 4, Power Rangers etc.

Is Matt Shively Married? Who is his Wife?

Matt Shively has not married to date. But he has been in a romantic relationship with Ashley Newbrough since 2017. He met his sweetheart on 4th July. As per Ashley's Instagram post, they went on a date on 25th August 2017. 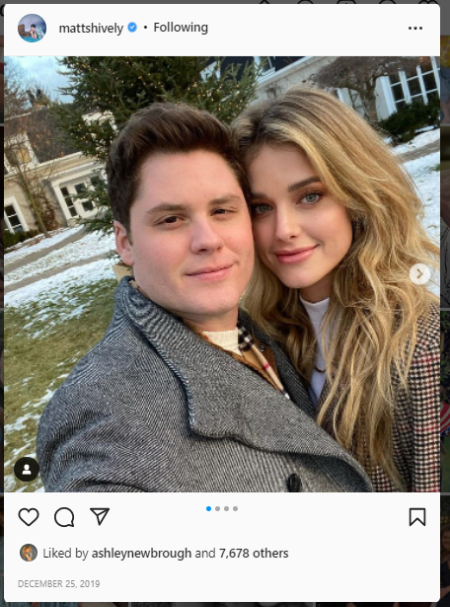 Moreover, Shively has been sharing a home with his partner, Ashley Newbrough, for the past six years. Matthew does not share any children with his lady love. The lovebirds have adopted a dog Charlie, whom she considers their child.

Being a long-term couple, both Ashley and Matt does not lag, flaunting their chemistry and PDA. Ashley has not engaged or hitched to her boyfriend. But still, they stand by and support each other.

Matt Shively was once rumored to be gay in the 2000s due to his secretive nature and charming looks. When the news regarding sexuality swirled, Matt neither confirmed being homosexual nor revealed being in a relationship with a lady.

Matt Shively was rumored as gay in the 2000s. SOURCE: Instagram (mattshively)

Later, the gay news turned out to be false after Ashley Newbrough posted of the two on Valentine's Day. She captioned the post, writing "Handsome Valentine." Before Newbrough, Shively once dated Laura Samuels in 2012.

Matt Shively has summoned an estimated net worth of $3 million as of 2022. He received a huge amount from his successful acting career. Shively receives a paycheck of somewhere around $55,880 annually, which is the basic income of an actor in the United States. 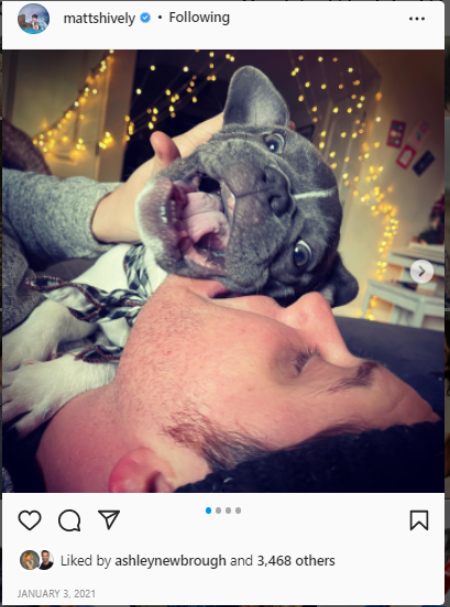 Shively stepped into the entertainment fraternity in 2008, making his debut in the television series True Jackson as Ryan Laserbeam. Subsequently, he received an offer to portray Sky in another series Winx Club: Enchantix, in 2011. In 2012, Shively played Sky in Winx Clb: Power of Believix.