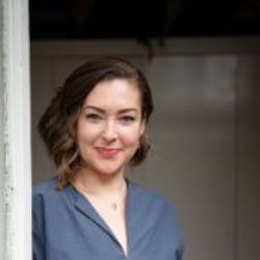 Ashlie Walker is a famous face in the film industry of the United Kingdom. The an active actress since she was nine years old and landed a role in Casualty, Hollyoaks, and Bad Girls.

Ashlie Walker is a happily married woman to a mysterious husband. She has never revealed the name of her hubby in the media. It seems the couple was lovers before exchanging vows for over a decade—the two live happy lives with their children, who maintain a peaceful relationship. 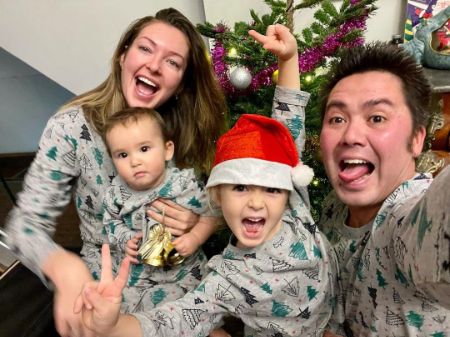 Still, Ashlie and her spouse haven't faced any conflict which can hamper their bond. Walker and her partner welcomed their first child, a daughter. The birth of their children brought immense happiness in the couple's life. The family of three turned to four with the arrival of a son Bodhi.

Alongside her career, Ashlie is a very responsible mother and proudly engages herself in taking care of her children's daily requirements. She lives a carefree and controversial free life. The actress always said she feels blessed to have a supportive husband who motivates her to feel right.

Not to miss, the Casualty star regularly uploads photos of her family, which shows how much they love each other. Walker posts a new picture every year on their anniversary and birthday celebrations. Her second priority after her family includes her career.

Ashlie is very talented and gifted; she has acquired many skills and can impress others with the help of her skilled work. When she was nine, Ashlie Walker got her first cast in 1998 in the movie Nil by Mouth as the character Lisa. 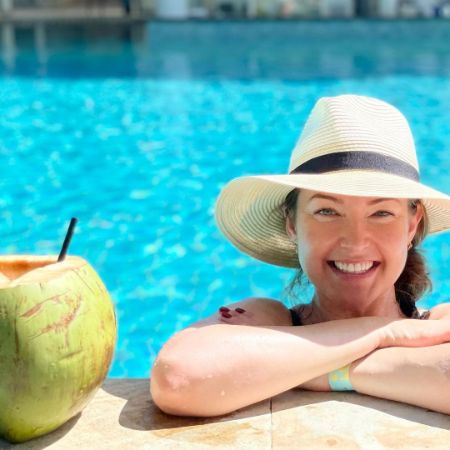 Ashlie Walker is famous for her role in Casualty, Hollyoaks, and Bad Girls. SOURCE: Instagram(@ashliewalkercoaching)

Before that, she had already worked in voiceover for Twin Trouble Radio play as Katharine, and a year later, in 1999, for Tom and Vicki ITV show, she voiceovers Vicki. As a T.V. actress, Ashlie landed a role in Casualty, Hollyoaks, and Touch of Frost.

For several years Ashlie Walker continued T.V. shows and some roles in films. In 2007, the theatrical movie Jack Says was released, where Ashlie played Natalie, a crucial role. A multi-talented personality with a complete package of beautiful talents. 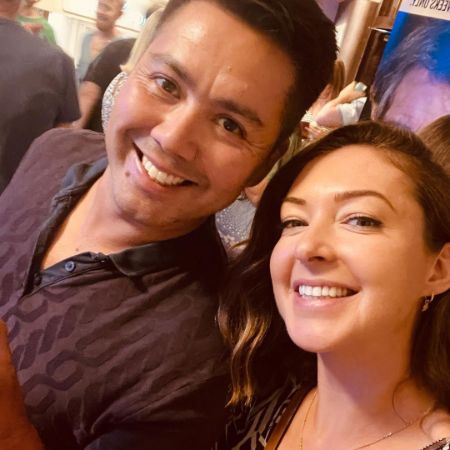 Two years after the second part of the movie was released, Jack Said, where the actress, played a sequel for Natalie. The show, directed by Leander Basannarvar and Michael Tchoubouroff, featured Danny Dyer, Terry Stone, and Simone Philips.

Some of her remarkable works as a T.V. anchor was the show aired on B.B.C. worldwide about the English language and culture in 2011. To talk about her most recent performance in a movie, on  2017  film Starve Crow, the first selfie movie produced at that time.

Net Worth of Ashlie Walker

Ashlie Walker is a wealthy actress who makes an impressive income from her acting career. Her networth is estimated to be around $2 million as of now.  Also, Ashlie summoned a tremendous amount of money as a presenter in many T.V. shows and has worked for numerous T.V. advertisements.

Check out the video of Ashlie Walker on the Presenter Showreel.

We guess all her income is made from teaching her life experience in acting, skills learning technique,s or life lessons about daily routine, behavior, etc. Similarly, Ashlie is a cognitive Behavioural Hypnotherapist with a high-performance guarantee.

Not to miss, acting became a primary source of her net income, which she receives by giving classes. As a philanthropist, she also donates 75% of her income to a non-profitable fund organization, O.U.R., for good intentions, per her website.

Recently, Ashlie has worked as an acting coach and a hypnotherapist who guides women who need guidance in the field of acting or life. Ashlie teaches plenty of lessons that can lead from being a woman to being confident and human.

The actress has never been rumoured of weight loss. It appears that Ashlie's beauty is natural, and she hasn't undergone any plastic surgery. She flaunts gorgeous brown hair and green eyes.

Ashlie Walker joined Instagram on July 2012. Currently, she has more than 3,000 followers. The fitness coach joined Twitter on July 2009. Her Twitter bio suggests she is from London, United Kingdom.

Well, Walker was a bright and intelligent child from her younger phase when talking about her early life. At the age of nine, Walker began acting and acquired various skills at a very young age, like Acrobatics and Ballet.

Moving on, her parents were well educated and understood Ashlie's decision from childhood to be skilful. Now she has already become a successful person, a caring mum, and an excellent coach who can lead upcoming generations to enlightenment and success.

Ashlie Walker an Actress, life coach and acting coach is married to a guy named Pete and have 2 children.

Ashlie Walker is the mother of two children.

Bodhi is the son of Ashlie Walker.