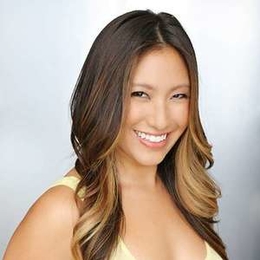 American media reporter of Asian origin, Audrey Cleo Yap is happily married to her husband. However, Yap is extremely secretive when it comes to sharing glimpses of her love life to the public. But, Audrey was the one to break the news of being wed herself on social media. 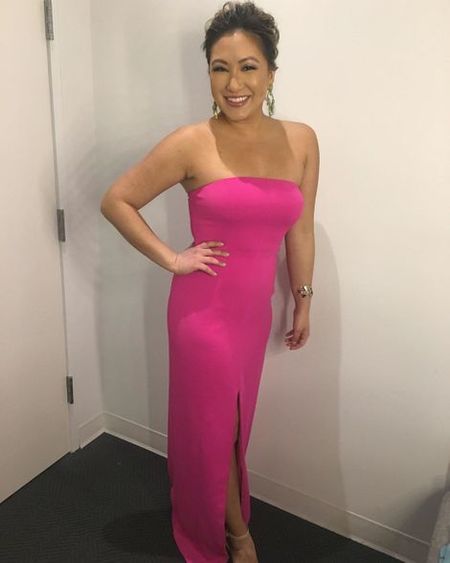 In December 2018, Audrey shared a gorgeous snap from her big day on Instagram. Needless to say, Yap made a great bride in a white sleeveless gown featuring a long fishtail accompanied by a big flower crown.

Yap and her groom alongside their family and friends flew to Hawaii for their wedding at the famous wedding venue, Beach House Restaurant Kauai. And, by the looks of the snap where Audrey poses on the rock near an ocean, she decided to have an outdoor wedding. 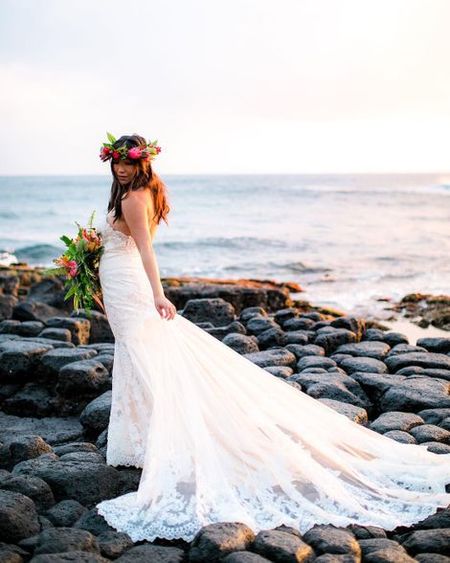 The pictures and videos were taken by photographer Naomi Wong. Sadly, Audrey didn't disclose the face or any pictures that consisted of her boyfriend turned husband. Hopefully, Yap will feel comfortable enough to introduce her husband to her fans soon.

The recipient of Woman of the Web - Geek Culture 2009 is also happily content with her earning she generates from her career as a media journalist. Audrey Cleo Yap, not only does interview celebrity at red carpets, but also still writes for newspaper and publishing companies, which is well mentioned in her LinkedIn profile. 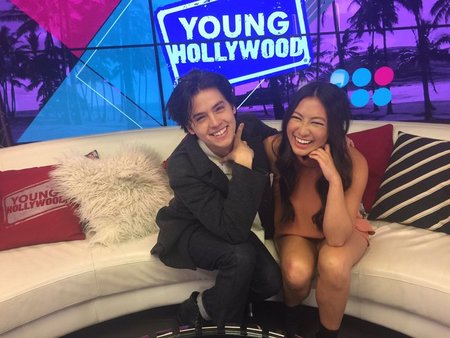 Over the last decade of her life, Yap has been involved with high profile brands including ESPN, CMJ Productions II Inc., The Atlantic, NBC News, NBCUniversal Media, LLC, Glamour, Urban Decay Cosmetics as a freelancer, and Shondaland.

Since the last nearly three years, Audrey is highly involved with Variety as a contributor, on-air reporter, anchor, and writer. Speaking of which, Yap interviewed celebrities like Cole Sprouse, Billy Eilish, and Orlando Bloom at Awards shows and big events including Emmys, Comic-Con, and SAG Awards.

In addition, the Southern Californian also makes extra money from her own business endeavors such as by producing and making films or documentaries. As a producer, she worked with Hollywood Dailies, Hollywood 411, and E! News (1991). As of 2020, Audrey can be expected to bag a net worth of $100,000.

Celebrity reporter best known for her contribution to Variety, ESPN, E! News and more, Audrey Cleo Yap is happily married to her husband whose identity is a mystery.