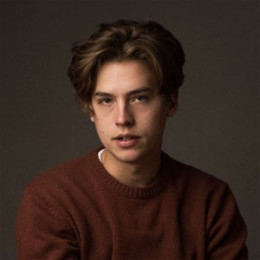 American actor, Cole Sprouse is a son of Matthew Sprouse and Melanie Wright as well as a twin brother of Dylan Thomas Sprouse. Cole is named after jazz singer and pianist Nat King Cole. He appeared in 'I Saw Mommy Kissing Santa Claus' and 'Just for Kicks'. In 2005, the Sprouse brothers signed a licensing agreement with Dualstar Entertainment to produce 'Sprouse Bros branded merchandise.

His father Matthew Sprouse and mother Melanie Wright were teachers at an English language school in Tuscany. 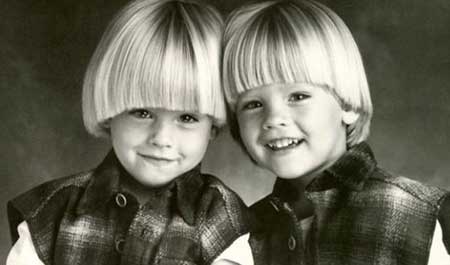 He has a twin brother named Dylan Sprouse. Cole is 15 minutes younger than his brother. He was named after jazz singer and pianist Nat King Cole.

In 2011, he studied at New York University. Despite having a keen interest in studying film and TV production, he attended the Gallatin School of Individualized Study studying humanities and archeology and completed graduation in 2015.

He performed laboratory works and also worked briefly in the archeology sector.

Cole and his twin brother started their acting career when they were just eight months. Their grandmother, Jonnie Booth Wright, a drama teacher, and actress was the one who took them in the acting field at an early age.

Initially, he performed most of the commercials, TV shows and movies with his brother Dylan. Mostly, they are known to perform together in Grace Under Fire in 1993. He played the role of Patrick Kelly in the sitcom until 1998.

In 1999, they appeared together in movie Big Daddy with Cole playing the role of Julian and young Pistachio Disguisey in 2002's The Master of Disguise.

He portrayed the role of Ross Geller's son Ben in the NBC's TV sitcom Friends in 2001. It was the first time he was not performing with his brother still, some of his costars include Courtney Cox, Matt LeBlanc, Matthew Perry, David Schwimmer, and  Jennifer Aniston.

He appeared as Cody Martin in Disney Channel Original Series The Suite Life of Zack and Cody in 2005 with Dylan and its spinoff, The Suite Life on Deck in 2008. Besides, some of his TV roles include Hannah Montana, The Suite Life Movie, So Random, and Riverdale.

He is currently working in the movie Five Feet Apart as Will releasing in 2019.

In 2017, he received two Teen Choice Awards for Choice Drama TV Actor and the other for Choice TV Ship for Riverdale.

Sprouse has an estimated net worth of about $16 million at present.

Cole and Dylan are currently living at their residence in Woodland Hills, California.

Sprouse is currently in a relationship with his Riverdale costar Lili Reinhart. They have been dating one another for a long time but they kept their relationship in perfect secrecy. 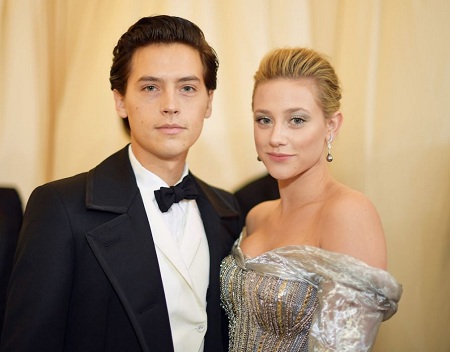 Back in 2017, they were spotted spending a romantic getaway in Hawaii. Finally, they made everything clear among their fans and media during their Met Gala appearance in May 2018. Though they were yet to confirm their relationship in public, their red carpet debut erased everyone's doubts.

Soon after confirming their relationship in mass, the Riverdale couple shared a cute shot on their Met Gala date night in front of a mirror. Since going official, Reinhart posted the second Instagram image with Cole along with Casey Cott that captioned 'Loves' in July 2018.

Cole was previously in relationships with Katelyn Pippy, Victoria Justice, and Alyson Stoner. He has had an encounter with Bridgit Mendler. Cole dated Bree Morgan in 2013 and separated in June 2015.