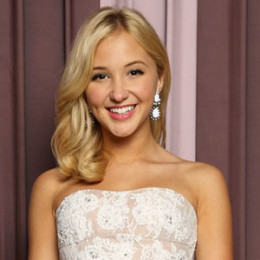 An American actress, Audrey Whitby began her role as Britannica Walsh in the film version of 'Terry the Tomboy,' based on the popular YouTube series. She is known for her many appearances on AwesomenessTV, and for her recurring roles as Audrey Vale on the Disney Channel Sonny with a Chance, a sketch comedy spinoff series So Random! and as Cherry on the Nickelodeon television comedy series The Thundermans.

Audrey Grey Whitby was born on 10th April 1996, in Murfreesboro, Tennessee and grew up in Granger, Indiana. She started her acting career when she was six years old, in community theater. She started auditioning in Chicago when she was eight.

Really putting the “happy” in Happy Mother’s day. This lil’ chap faced stinker loves you more than you could imagine. You are a truly superior being!

Whitby moved to Los Angeles when she was thirteen and began working on shows for Disney and Nickelodeon along with several national commercials.

Growing up, she commuted to Chicago to audition and booked commercials and American Girl print work. She has a sister named Madeline, an actress.

Whitby is well known for her Disney Channel roles on the series 'Austin & Ally' as Tilly Thompson and So Random! as various characters.S he also played a role in the television movie 'Bad Fairy and on the YouTube network Awesomeness TV as Hunter March.

Audrey was arrested by police in riot gear when she was involved in an Anti-Trump protest when Donald Trump won the United States Presidental Election defeating Hilary Clinton.

Since 2013, Whitby is in a romantic relationship with Joey Bragg, an actor and stand-up comedian who became known for his role as Joey on the Disney Channel's Liv and Maddie.

Can’t take my eyes off my Valentine. Happy Valentine’s to all the couples and single people doing that turn around make-out with yourself thing from elementary school.

Currently, the lovebirds are happy with being girlfriend and boyfriend, and maybe in the future, they will get married and become husband and wife.

Audrey Whitby has an estimated net worth of around $1 million. Major of her fortune was earned from Dog with a Blog & Terry the Tomboy.

For more update, check out marriedwiki.com.