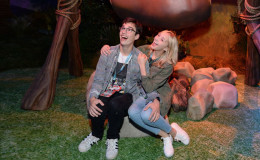 Audrey Whitby is still in love with her boyfriend Joey Bragg. The couple is ultimate relationship goals. They started dating in 2014 and might end up getting married soon.

Audrey Whitby is quite lucky in love considering her relationship with Joey Bragg. The young couple is enjoying their romantic yet funny relationship.

Both of them don't feel shy from showering love to each other. The couple might also be planning to get engaged soon. Want to find out about how do they first met and how did Joey impress her, scroll down below.

It's not generally seen that a guy would approach a girl with just his underpants on. Put on a cape around your neck, it'll surely look funny. 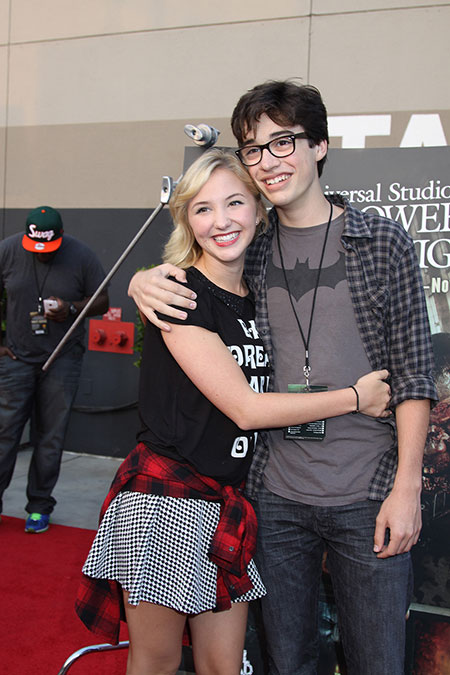 But lucky for Joey, as he impressed her by his humorous nature.

First met during a sketch

The couple started dating in 2014 after meeting for the first time while doing for AwesomenessTV. During an interview, he revealed how do they met and fell in love. 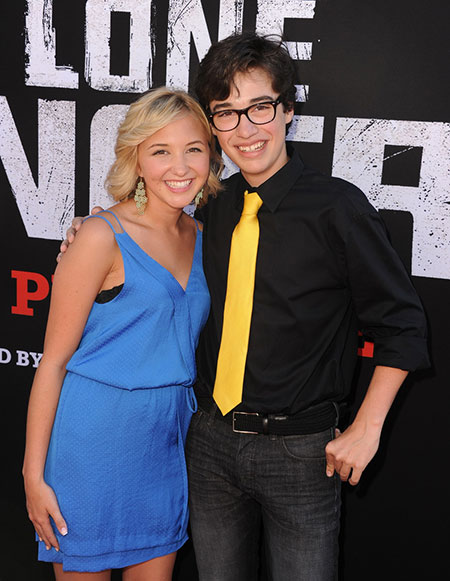 The love birds at the Lone Ranger premiere, Source: Zimbio

“For the whole sketch, I was in my underpants, like these tighty whities, and had a parachute tied around my neck as a cape. I walked up to her for the first time and said, ‘Hi, my name is Joey, and this is what most of my body looks like.’ She was pretty much mine from that day on! Now we’ve been together for over two-and-a-half years.”

One thing that stands out between their relationship is that they're not afraid to show their funny side to each other.

You won't see fancy photos like other couples out there but instead, you'll see funny pictures of them.

#MemoriesMonday @ryrynewman 's awesome sweet sixteen part. Obviously @audreywhitby and I are the life of the party.

Rocked out on the Rockin' Roller Coaster last week.

Relationship going strong today, tomorrow, and in the future

They spend a lot of vacations together and despite their busy work both of them usually takes out time. They look more like best friends rather than girlfriend and boyfriend. 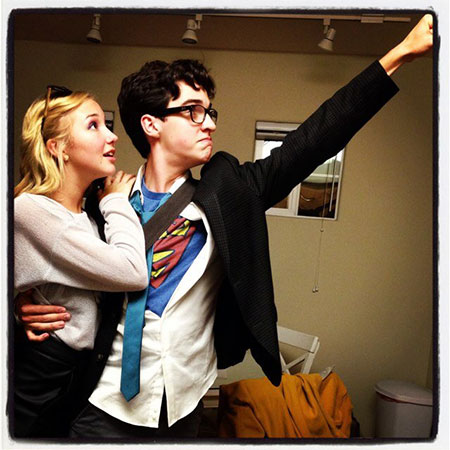 It's often said that if you're good friends with your better half then your relationship is going towards a good direction.

All that love and all that compassion for one another is not seen every day. The couple is looking strong and they may go all the way together. 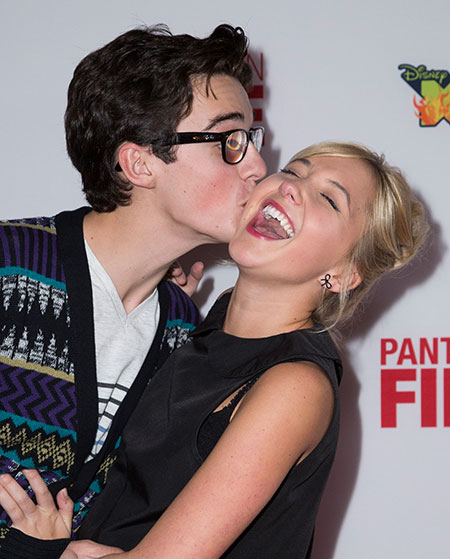 Recently on Audrey's birthday on April 10th, Joey uploaded a picture with a very heartwarming message.

Twenty one years ago to this day @audreywhitby was born. Audrey is the smartest, funniest, and coolest person I have ever met. Happy birthday, Cuddles. My heart aches that I am not celebrating the big 21 by your side. I promise I will be there for every birthday to come until the day we die at the exact same moment on your 135th birthday as we cuddle inside the stomach of a great white shark. I am so lucky to have met you so early so that we get to grow up in this crazy world together. I love you more than anything, Pumpkin. Have a drink for me.

Future seems bright for the young love birds and their professional life is getting started now so they'll need the support of their fans as well.

Joey is currently working on the TV series Liv and Maddie alongside Dove Cameron and Tenzing Trainor. Whereas Audrey recently starred in movies like Accidental Switch and The Standoff.

They're getting full support from their fans and we are also shipping them together. Let's see how their relationship pans out in the future.