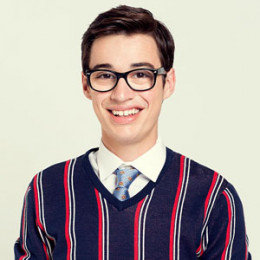 Joey Bragg is an American actor and comedian who debuted in the entertainment industry in 2012. He is popularly known for his main lead character, Joey Rooney in the 2013 American comedy Television series, "Liv & Maddie" and "Fred 3: Camp Fred" as Pater Magoo. Bragg also appeared in the 2018 movie "Father of the Year" portraying the role of Ben and in the comedy series "The Thunderstorms" as Richard.

Joey Bragg was born Joseph Franklin Bragg on July 20, 1996, in Union City, California, United States. His cousin Erik Bragg is also an actor. He participated in the Ice Hockey Championships for the California Cougars Pee Wee "B" at age 12 since he is a skillful skater. 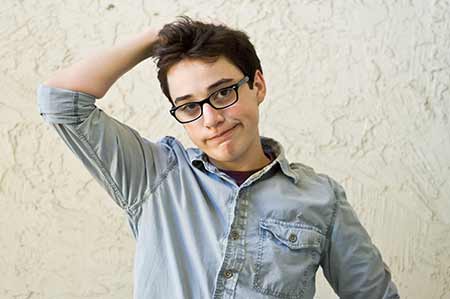 Bragg was into acting and performing from an early age. It was after his 13th birthday that he started performing stand-up comedy which was appreciated by everyone.

Bragg is an actor and comedian who debuted in the entertainment industry in 2012. He was cast in the 2012 Television series called Gulliver Quinn where he portrayed the role of Karl. The same year he appeared in a Television movie named Fred 3: Camp Fred and the following year grabbed the main lead character, Joey Rooney in the 2013 American comedy Television series, Liv & Maddie.

He starred alongside Dove Cameron, Benjamin King, and Kali Rocha in the series which ended on March 24, 2017. Bragg also appeared in a guest role in some popular series like Jessie and Criminal Minds for an episode. Similarly, in 2018 he appeared in the comedy series The Thundermans where he acted along with actors like Kira Kosarin, Jack Griffo, Chris Tallman, and Rosa Blasi.

Joey Bragg has an estimated net worth of $1 million which he earned from his career as an actor. He is cast in some popular series from where he earns a decent salary.

Joey Bragg is in a relationship with actress Audrey Whitby. They first met on the set of their popular television series, Liv and Maddie and started dating from 2013. The couple has been together for many years and is seen on award functions and social events together looking deeply in love.

He was also rumored to be gay as he had many male friends but he cleared the rumors by tweeting about not being gay. Bragg has around 113k followers on Twitter as of July 2018. 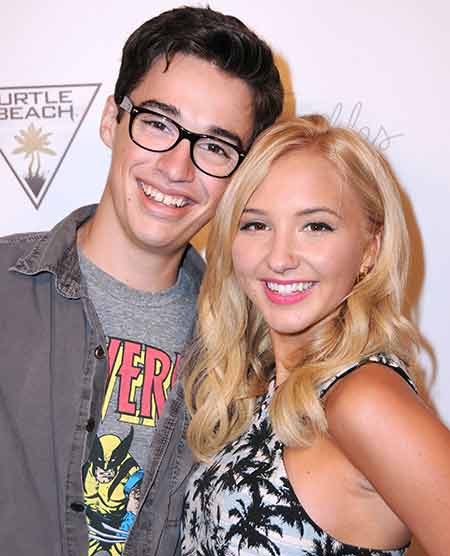 Joey Bragg with Girlfriend Audrey Whitby.
Source: CountryBaptist
He boasts $2 million followers on his Instagram and has 949 posts as of July 2018. Bragg usually posts pictures of his co-stars and his movies posters.