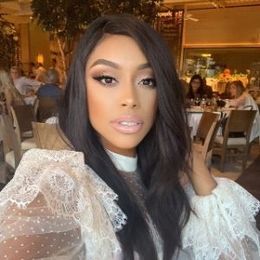 Autumn Ajirotutu is an American TV personality, celebrity, model, and social media influencer who came to stardom when she appeared in the E! Channel TV series WAGS LA. Autumn is famous for her extraordinary talents, including fashion sense, cooking, and interior designing, and is well settled in California. The star has huge followers on Instagram, where Autumn sets fashion goals for her loving audience.

Who is Autumn Ajirotutu Dating?

Autumn Ajirotutu grabs the media's attention from her bold and beautiful looks and posts on her official social media account. The lady is praised for her beauty and exceptional attitude, which she effortlessly carries on graciously. Everyone seems to get excited to know about her relationships and dating history. The American Instagrammer is more focused on her career and achievement, keeping aside her romantic relationship to a break. Autumn is currently single and is serious about her work and professional life. 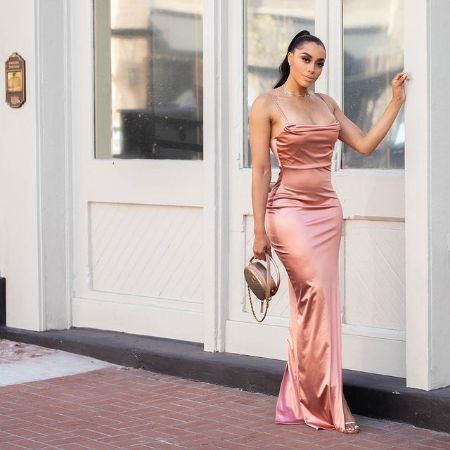 Ajirotutu may have had at least one relationship, but now the celeb embraces her stardom, intending to progress her projects with quality work. The Tv personality hasn't announced her date; however, speculations are made that the lady is staying happy with her successful life and achievements.

Regarding  Autumn Ajirotutu's past married life, it is evident that the model was previously married to Seyi Ajirotutu, a former American football player in the NFL with the Philadelphia Eagles. The couple had romantic relationships and a dating history before marriage when Autumn met Seyi in 2006 at Fresno State during the work-related program.

After their first meeting, they fell in love with each other and started dating in the year 2006. Autumn and her long-term boyfriend Seyi maintained their healthy relationship for over five years. 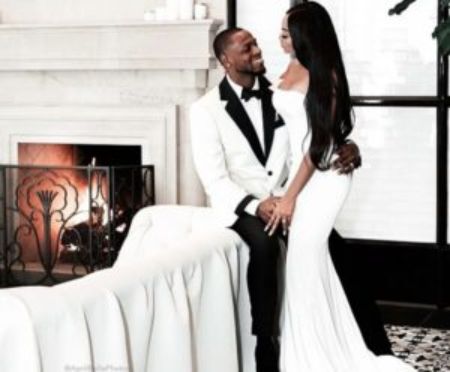 Autumn Ajirotutu and her husband on the day of their wedding.  SOURCE: Thecelebscloset

Sooner, Seyi proposed to the Instagrammer in 2012 for marriage; both decided to turn their relationship into wedlock. The couple exchanged vows and tied the knot to each other in 2012 at Grand Venue following ethnic rituals where close friends and families were invited to the ceremony. They had excellent and healthy compatibility and couple goals in the media where both were unstoppable to shower love on each other. Autumn and her husband were blessed with twin daughters, Londyn and Laiyah, in November 2014. The reality star is a very caring and loving mother who loves both of her children and provides them full attention despite busy schedules.

Apart from the glamourous world, Ajirotutu is also a professional interior designer and event planner, where she is hired for the designing work and earns quality amount through her profession. The model was far from controversies and scandals until her husband, Seyi's sex tape leaked in 2016. The couple was unaware of the things circulated on the media where Autumn's husband was defamed in public through the scandals. 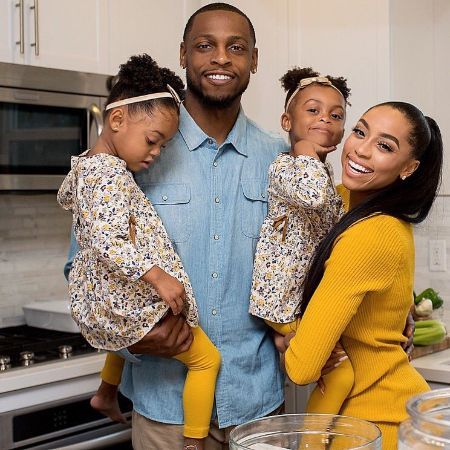 Autumn Ajirotutu with her ex-husband, Seyi Ajirotutu, and their twin daughters.

But getting through the investigation, a woman sent a detail that Seyi had been cheating on Ajirotutu. Regardless, the media personality supported her husband with complete trust and faith during the controversy. It was clarified to the public that viral photos and clips related to Seyi were just leaked to slander him. The incident shows how Autumn trusts her husband and stands beside him during the weak days.

About Autumn And Her Spouse's Separation

Besides being a famous and multitalented personality, Autumn also had personal life and responsibilities in the family. The star's separation news came in the media with her husband Seyi in 2020 when the couple mutually agreed to take separation from each other and end their marriage life peacefully. Despite the beautiful relationship between Autumn and Seyi, personal issues and differences came in between their marriage, which led them to fill divorce the court cordially. 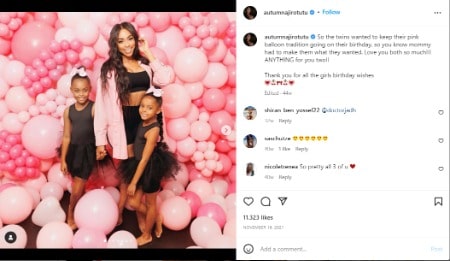 Autumn Ajirotutu with her twin daughters. SOURCE: [email protected]
In 2021, both personalities had legally separated, and Autumn took responsibility for her two daughters, giving them proper care and attention and having a peaceful life in California. Seyi also loves his children and visits them during holidays to spend quality time.

How Much is Autumn Ajirotutu's Net Worth?

Autumn Ajirotutu is one of the famous American celebrities, models, fashion icons, and media influencers known for her lavish and expensive lifestyle. The model has high demand in the public as she rose to fame after marrying the famous football player Seyi Ajirotutu. However, people started to recognize her when Autumn starred in one of the episodes of the TV series WAGS LA. The series focuses on professional athletes' wives and girlfriends. After that, the multitalented Tv reality star appeared on the Talk Show Hollywood Today as a guest. 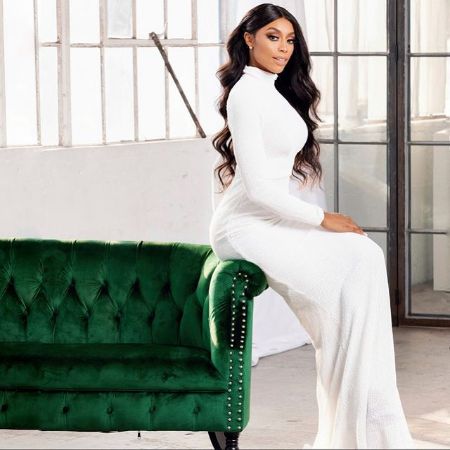 Besides it, AJirotutu is an exceptional model and Instagrammer who endorses brands like Vanity lounge Hair, Bare Minerals, Pottery Barn, Pendry Hotels, and soon. Similarly, the star has enormous followers and fans on her social media account, with over 290 k followers named @autumnajirotutu, where she earns revenue from her posts and advertisement. Along with being a media face, the lady is a professional cook who writes about recipes on her official vlogging site @autumnelle.com and has a youtube channel. Ajirotutu is an interior designer who redesigns houses and apartments with her unique skills and taste in creativity. 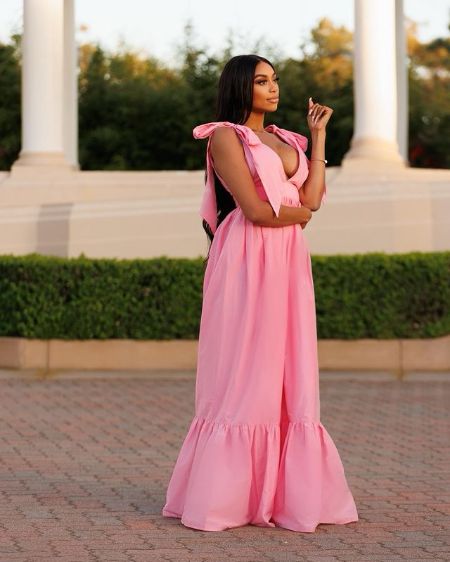 Looking at her professional work, it is no doubt that whatever the celeb owns is all thanks to her hard work and devotion to her work. The lady earned an enormous amount from her income from acting, modeling, designing, and social media. According to Forbes, media reports, and other reliable data sources, her estimated networth is around $1.5 million, which is expected to rise in the coming days. In comparison, another Wags star Nicole Williams-English has a net worth of $1 million.

Click Marriedwiki for more information about celebrities around the world.