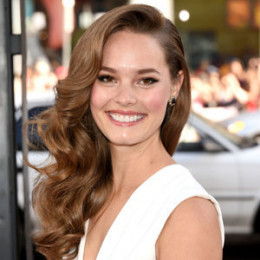 An American actress who is best known for her role as Adilyn Bellefleur on HBO's vampire drama series True Blood which was aired on 2013-2014. She is daughter to Lynn Noble and John Noble. She is the youngest among three siblings. She completed her graduation from Saucon Valley High School in 2009. She studied musical theater from DeSales University for a year and dropped out and moved to Los Angeles to pursue her dream of acting. She has also starred as Lucie in the remake of Martyrs.

Bailey Noble was born on 13 October 1990 in Bethlehem, Pennsylvania to John Noble and Lynn Noble.

Some of her recent TV roles include Timeless, The Last Ship, and The Resident.

Talking about her personal life she is not married right now and does not have a husband at this time. And there has been no report of her dating anyone. It seems like she is kind of person who likes to keep her personal life out of sight of media and public.

Though Noble has not made her dating life public, her social media posts speak every detail about her relationship status.

She shares a couple of images with her boyfriend, also, the couple celebrated the new year 2019 together.

Today’s the day, it’s our 1st ANNIVERSARY! Love you B.

DePew posted an image back in June 2018 sharing a passionate kiss with his girl. The couple has been dating since June 2017.