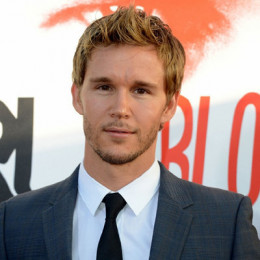 He is an Australian actor best known for his role in True Blood as Jason Stackhouse, based on Charlaine Harris' Southern Vampire Mysteries. He is the son of Kris and Eddie Kwanten. He attended St Paul's College and later earned a degree in commerce from the University of Sydney. He started his acting career from the television shows A Country Practice, Hey Dad..! and Spellbinder.

He is a tall, young and charming guy who has a lot of die hard lady fans. He likes his privacy within himself so has kept his profile low but is recently spotted with his pretty brunette girlfriend. Also, he was rumored of dating several girls before as well, but yet is not married to any one of them and obviously does not have any children.

Ryan Christian Kwanten was born on 28 November 1976 in Sydney, Australia to the family of Eddie Kwanten and Kris Kwanten. His father worked as a Lifeline op shop coordinator and his mother worked at NSW Maritime. His birth sign is Sagittarius.

He studied at St Paul's Catholic College, Manly, New South Wales and completed graduation in commerce from the University of Sydney. He stands at a height of 5.83 feet (1.78m).

Kwanten started his professional career performing on the TV shows Spellbinder and A Country Practice Hey Dad..!. He performed in the Australian soap opera Home and Away in 1997.

He moved to the United States to upgrade his career. He portrayed the role of Jay Robertson in Summerland in 2004. In 2006, he appeared in Flicka alongside Tim McGraw, Alison Lohman, and Maria Bello.

He performed in a Law & Order: Special Victims Unit episode in December 2008 with Christopher Meloni, Mariska Hargitay, and Richard Belzer.

He appeared as Jason Stackhouse in the HBO series True Blood in 2008 and played till 2014. Some of his popular TV series include Jake and the Never Land Pirates, The Oath, Tru Calling, and The Handler.

The Hurricane Heist, Supercon, Who Gets the Dog?, Kidnapping Freddy Heineken, and Reach Me are some of his recent movies.

Finally, he won the Satellite Award for Best Ensemble, Television for the same horror movie. 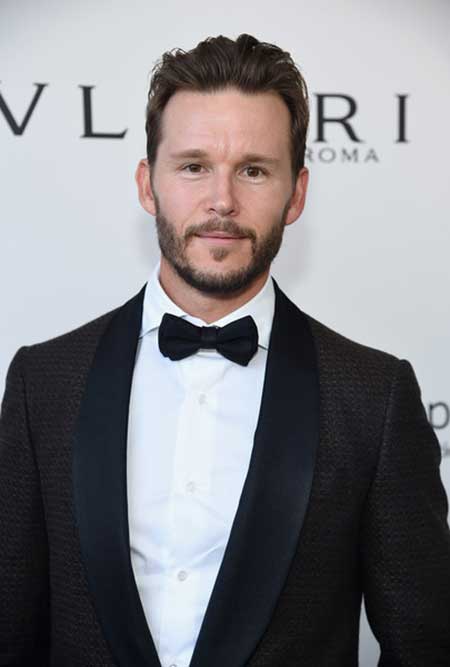 In 2010, he was praised with Breakthrough Award in Australians in Film.

He was nominated for Film Critics Circle of Australia Award for Red Hill and Kids' Choice Award for Blinky Bill The Movie.

Kwanten has an estimated net worth of about $6 million as of the Celebrity net worthwhile it is about $3 million as per the Richest.

The Hollywood based Australian actor purchased his first property on the northern beaches about 20 years ago. He bought a studio apartment worth $162,000 in 1999.

Kwanten previously dated actress Taylor Cole for more than a year starting from 2006. They broke up in the year 2008.

He was very close with country singer Whitney Duncan in 2010 that everyone thought that the two are in a relationship. But the duo confirmed it was just a baseless rumor, they are not more than good friends. 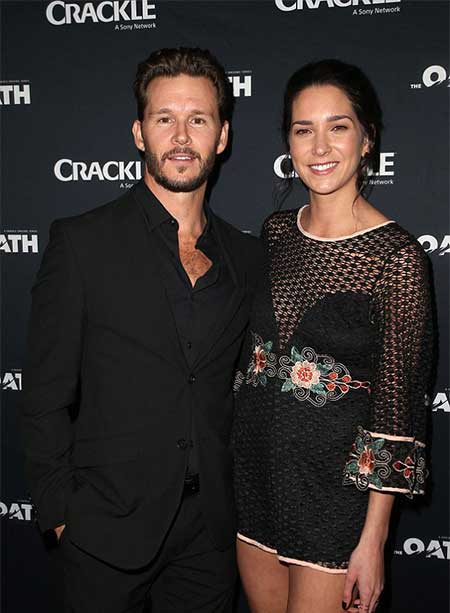 Ryan Kwanten with partner Ashley Sisino during the premiere of his new series in Los Angeles,
Source: Daily Mail

Currently, he is in a romantic relationship with Ashley Sisino. The long-term couple has been dating since 2013.

Despite being in a relationship with a girl out of the industry, he's never kept his relationship in secret. They were spotted together at the premiere of his new series The Oath in Los Angeles in March 2018.