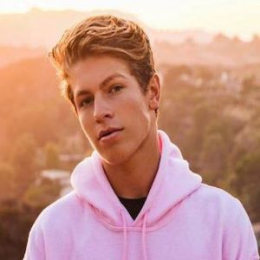 "Social media is the quickest way to garner popularity in this era." Skateboarder Ben Azelart is best known for his vines and vlogs on his YouTube channels, Ben Azelart. Azelart came to prominence after his collaborations with YouTubers, Brent Rivera, Amanda Cerny and so on.

Ben Azelart is currently dating his girlfriend Lexi Rivera. Lexi is an Instagram sensation, trained gymnast as well as Youtuber. Moreover, Ben started dating his crush for years, Lexi back in the year 2018 and henceforth are inseparable.

Spending summer with you

Though Ben never admitted nor denied his love for Lexi, his affection for the 18 years old gymnast can be seen in his videos. Moreover, Azelart often features her on his YouTube channel. Have a look at this video entitled I LOST MY MEMORY PRANK ON CRUSH! Ft. Lexi Rivera!!!!

Azelart shares quite a good bond not only with his love, Lexi but also with her brother Brent Rivera. Even though Brent is always against their relationship in vines, it seems like he ships his sister with the 17 years old skateboarder.

How Much Is The Net Worth Of Ben Azelart? Know About His Salary!

YouTuber Ben Azelart holds the net worth of around $1 million-$2 million. Well, he garnered this fortune mainly from his career as a skateboarder, YouTuber, and Vine maker. In average, the skateboarders in the United States earn $1,000 to $10,000 per month.

Ben is quite popular on his Youtube channel, Ben Azelart where he shares funny vines, vlogs and so on. Moreover, he earns around $1 million from his channel where he garners over 1 million followers and holds 84 total views.

Azelart earns a good stack from other additional works which involve brand endorsements, advertisements, and monetary works. Furthermore, he gathers $6,300 to $10,500 per promotional most on his Instagram account. 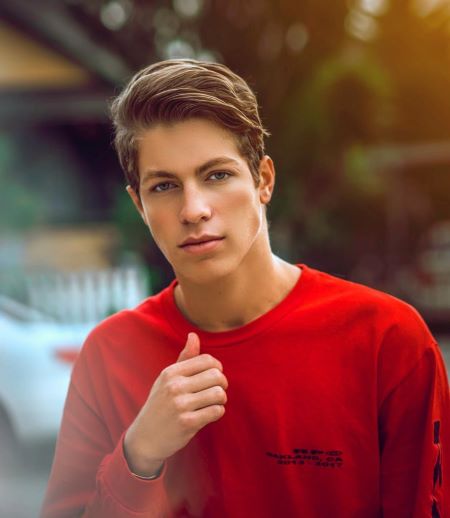 Stay tuned with marriedwiki.com for more celebrity news and biographies!!!