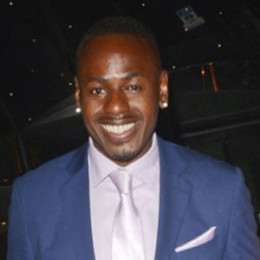 Ben Ofoedu, is a Nigerian/British descent who is known as the former lead singer of the duo Phats & Small. Besides, singing he has appeared in shows like The Vanessa Show, Making Your Mind Up and An Audience without Jeremy Beadle. Ben is currently in a relationship with Vanessa Feltz, a famous English TV personality, Journalist and host of the early morning radio show on BBC radio 2.

Born on 29th June 1972 Hong Kong, Ben Ofoedu was just 2 years old when his parents moved to the city of England. He spent childhood in the city of Newbury Park in Essex along with two sisters and three brothers.

He had a keen interest in music from the early age which he turned into a career. His first band was Benz, which he joined in 1993. Later in 1999, he became the singer of Phats and Small.

Ben released his first solo single, Your Love, in 2000. The following year, he joined REDChill along with Shane Lynch. He has also done music collaboration with The Intenso Project. During the project, he teamed with three more bands for one-off singles and concerts for next three years.

In 2005, he appeared on Making Your Mind Up along with Four Story band, representing the United Kingdom at the Eurovision Song Contest with their song Hand in My Heart.

Ben Ofoedu is dating Vanessa Feltz, a famous English TV personality, Journalist, and host. The boyfriend-girlfriend first met through the mutual friend while out on the London party circuit. After dating for few months, the duo got engaged in December 2006.

Though the couple is dating since 2006, they are not ready to get married.

Ben is enjoying a luxurious lifestyle from the fortune he made from his profession. Though there no exact figure regarding his net worth, he seems to be enjoying in a million. Currently, he is living in the city of St. John’s Wood, London with his fiancée, Vanessa Feltz.