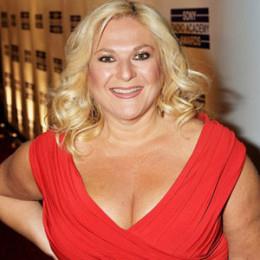 A British TV personality, freelance broadcast, and journalist, Vanessa Feltz is better known for The Vanessa Show, Vanessa: If I Can You Can! And Top 50 Celebrity Meltdowns. Currently, she is working on BBC Radio 2 and breakfast show on BBC Radio London.

Born on 21st February 1962, Vanessa Jane Feltz spent her childhood in the city of Islington, London. Her father, Norman was a lingerie businessman. She belongs to a Jewish family.

She attended Haberdasher’s Aske’s School for Girls and transferred to Trinity College in Cambridge. Later, earned a degree from Cambridge University.

Vanessa was one of the first female columnists for the Jewish Chronicle, who started her career during 1980’s. Then she joined a British national daily tabloid newspaper, Daily Mirror. She also wrote her first book What Are These Strawberries Doing on My Nipples? I Need them For the Fruit Salad.

She has also worked for different TV shows including Channel 4’s morning TV show The Big Breakfast and ITV daytime TV show Vanessa. The show Vanessa created in her name by Angelia Television and was moved to the BBC with the name The Vanessa Show, in 1998. Later, she was replaced by Trisha, a Tabloid talk show host.

In 2001, she joined local radio station BBC London 94.9 hosting the mid-afternoon phone-in show. The following year, she appeared as a contestant on the series of Celebrity Big Brother. Later in 2010, she returned to the show Big Brother house but she was expelled from the house two days before the final.

Moreover, her popular BBC Radio 2 Early Breakfast Show broadcasting from 5 am until 6 am each weekday which was one her popular show among the critics and was loved by everyone but later it was occupied by Sarah Kennedy, a British TV host, and radio broadcaster. She was last seen in the Celebrity Big Brother house on 7th September 2013.

Vanessa married Michael Kurer, a surgeon in 1983. The husband-wife are blessed with two daughters: Allegra and Saskia, who both are now happily married. They divorced after a long marital relationship in 2000.

Currently, she is in love relationship with Ben Ofoedu, a Nigerian/British singer-songwriter. The boyfriend-girlfriend started dating in 2006 and got engaged after dating few months in the same year.

Currently, they are living together happily with her grandchildren in the city of St. John’s Wood, London.

Vanessa has annual salary ranging from $46 to $56 hundred thousand which she earned from her career in hosting Radio shows. Altogether, she has an estimated net worth of $46 hundred thousand.

Vanessa Feltz was married to a surgeon Michael Kurer in late 1983. The husband-wife are blessed with two daughters, Allegra and Saskia, both of them are happily married. After living in a long married life, they divorced in 2000.

Allegra is the first daughter of Vanessa Feltz and Michael Kurer. She is already married and a mother of two-years-old son Zeke and seven-months-old daughter. Moreover, she is a lawyer.

Saskia is a second daughter of Vanessa Feltz and Michael Kurer. She is also happily married and blessed with a baby girl, Neroli.