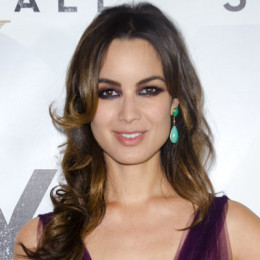 Berenice Lim Marlohe is a French actress noted best for her role as an anti-heroine Bond girl Sévérine in the 23rd James Bond movie called Skyfall. She was born in Paris, to a father who is a doctor belonging to Chinese and Cambodian descent and her mother was a teacher from French descent. She had attended French arts school Conservatoire de Paris for ten years. as she initially wanted to be a pianist. She made her debut in the television screen since 2007.

Berenice Lim Marlohe was born on 19 May 1979 in Paris, France. Her father is a doctor and her mother is a teacher.

She belongs to French, Cambodian, and Chinese descent.

She is best known for her role as Bond girl Severine in 2012 in Skyfall. In 2017, she performed in movie Song to Song with Natalie Portman, Rooney Mara, and Ryan Gosling.

Marlohe has an estimated net worth of about $2 million as of January 2019.

Her successful movie Skyfall collected $1,109 billion at the box office against its budget which was $200 million.

She has never been married. Concerning her relationships and boyfriends and dating history, there is no information available so far. She has maintained her clean image and she has been discreet relating to her private life.

However, in an interview she had mentioned, her boyfriend should not necessarily be a handsome good looking guy.