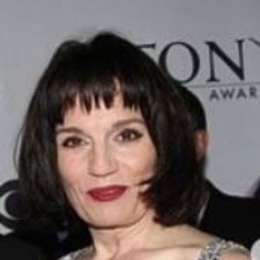 Beth Leavel is an American actress and film director best known for her role in the movie ER. Rather than that, she gained popularity acting on broadway. Beth joined the entertainment industry in 1980.

Most sources tell Beth Leavel got engaged to her fellow The Good Fight actor, Adam Heller. It has been years since Beth and her fiance's engagement, but whether the two shared the vows is not learned. Both met while doing a show together in San Diego. It was love at first sight. 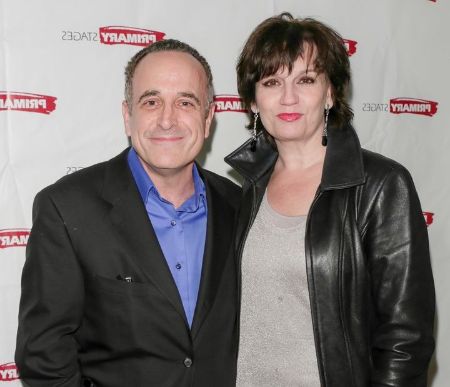 According to PEOPLE, Beth and Heller had been dating for ten years before she popped the question on September 2019. Later that night, she made it more official as she got down on her knee and proposed to him about why she wanted to get married. And Heller got down to his knee to marry her.

Beth, who is in her 60s and has been together for more than nine years, hasn't yet decided to walk down the aisle. Probably, the pair wants to focus more on their blooming career. And by the looks of it, Beth hasn't planned to tie the knot as she seemingly doesn't want any distraction which can ruin it.

Adam Heller, in 2014, starred in one episode of "The Americans" alongside Keidrich Sellati, Matthew Rhys, and Keri Russell. After playing in numerous movies and TV shows during his youth, he delivered a performance for years in Elementary ". He reprised the role of Stuffy Lawyer. 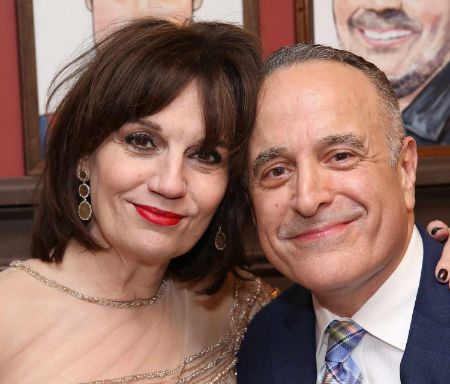 Both Beth Leavel and her fiance Adam Heller belong to the Hollywood industry. SOURCE: Getty Images

Furthermore, Adam's first role was in the TV movie "Victor/Victoria" in 1995. As Beth's nationwide popularity grew, he appeared in many films such as Law & Order, Isn't She Great, and Queens Supreme. Similarly, his Broadway credits include Elf: Baby Its You, A Class Act, and Wings.

WeCrashed Frankel actor is also not present on any social media pages and rarely talks about his private life in the media. Heller prefers to keep his personal life low, so it isn't easy to track his current relationship status.

Beth Leavel began her professional career performing a recurring role as Annie in the broadway 1980 production of 42nd Street. Later, she became a part of the original Broadway cast of Ellie in Show Boat and Mrs. Bixby, Mabel in The Civil War in 1999.

Check out the clip of Beth Leavel performing on the hit Musical "Mamma Mia."

For the role of Beatrice Stockwell in the project The Drowsy Chaperone, she was awarded a Tony Award and a Drama Desk Award for Best Featured Actress in a Musical. On July 15, 2008, Beth landed the role of Frau Blucher, replacing Andrea Martin in the Broadway production of Young Frankenstein.

Further, Beth was praised for her character with co-actors Anthony Edwards, George Clooney, and Noah Wyle in the musical drama television series "ER." In Elf the Musical on Broadway, she portrayed Emily Hobbs, which was opened at the Al Hirschfeld Theatre and ran from November 2010 to Janaury 2011.

Recently, Beth sat down with Alison Tanney on the Theatre Enthusiast podcast to talk about her broadway career and showed her love for the theatre, saying, "I think theatre connects us as a human being; I think its the universal thread that connets humanity if we allow it, it's also how we communicate."

Beth Leavel has summoned an estimated networth of $5 million from her incredible career. The University of North Carolina Greensboro alum earned those fortunes from a successful actor and film producer career.

One of her most recognized musicals was her starring in musical The Prom, which was released on Broadway in 2018. Through her various income sources, Beth has accumulated a good amount but prefers to lead a modest lifestyle.

In 2022, the lady landed the role of Miranda Priestly in the Chicago world premiere production of The Devil Wears Prada. Growing up in the limelight, Beth Leavel stepped into the entertainment field when she was 30, achieving accolades and success.