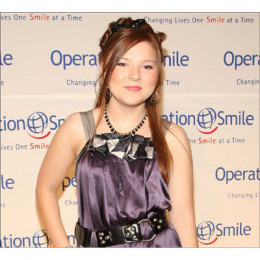 Bianca Ryan is a multi-talented personality. She is a singer, musician, and actress. She rose to fame after winning the singing reality competition, America’s Got Talent.

Ryan was born as Bianca Taylor Ryan on September 1, 1994, in Ocean City, New Jersey, U.S. Holding an American nationality, she belongs to the mixed ethnic background. She is the daughter of Shawn and Janette Ryan.

Ryan took part in the American TV show, Star Search at the age of eight. Her performance of Think impressed shocked her father and impressed the judges as well. However, she lost to Spensha Baker during the Juniors Singers competition.

Ryan took part in the first season of NBC’s singing reality show, America’s Got Talent in 2001. She was eleven years old at that time. She received $1 million as the grand prize for winning the competition. Her career took a height after she successfully won the competition.

Soon after a week of her victory, Ryan moved to New York and met representatives from a record label and some of the top songwriters of the recording industry. She met Grammy Award-winning producer, David Foster as well.

TUNE IN ??TUESDAY (TODAY) February 19th on @PicklerandBen with @kelliepickler and @benaarontv ?? I had so much fun! FIND OUT WHERE IT AIRS NEAR YOU here Picklerandben.com/watch (LINK IN BIO)

On September 18, 2006, Ryan signed a five-year contract with SYCOmusic as a part of Columbia Records. She has done several music videos and sang many songs. She was a featured performer at the Hollystock Music and Arts Festival held in Mount Holly New Jersey, in August 2015.

Besides, Ryan is active in the acting field as well. She made several unsuccessful attempts for projects such as Hannah Montana and Camp Rock. She debuted her acting career in 2005. She made a walk-off appearance in the 2005 movie, 12 and Holding. She played the leading role in the music video named About to Fall by The Wrecking after taking five years to break from acting.

Ryan, 23, is unmarried and has no children till date. She currently resides in Ocean City, New Jersey. Despite her popularity, she has managed to keep her personal life low profile.

Get To Know More: Dominique Sachse

Ryan had two vocal surgeries and abdominal surgery in 2016. She had the treatment after her doctor told her that she was a high-risk candidate for esophageal cancer. Her continuing health delayed her EP Part I - The Reintroduction.

Bianca Ryan Net Worth and Salary

Ryan made an astonishing amount of money from her career. She received $1 million as a grand prize becoming the winner of American Idol. As per some online sources, her net worth is close to a million.