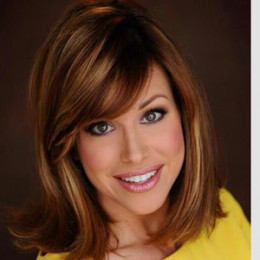 Dominique Sachse began her journalism career in the 1990s as a metro traffic reporter for a number of radio channels and was also a RJ. She won Emmy award two times for best reporter.

Dominique Sachse began her journalism career in the 1990s as a metro traffic reporter for a number of radio channels and was also a RJ. She won Emmy award two times for best reporter.

Born on 11th June 1968 in London, England Dominique Sachse. Her father was originally from Germany and mother was from Ukraine. Sachse was raised in Houston, Texas along with her sibling.

As for her education, she attended Memorial High School and later enrolled at the University of Houston for her degree in journalism.

Dominique initially started her career as a metro traffic reporter for a number of radio channels including Metro Traffic Control in 1990 and was also a radio jockey for KHMX Mix 96.5 till 1993.

She then joined KPRTV CH2 making an opening for the morning traffic position and later was promoted to news anchor. She won Emmy award twice for best journalist reporter.

Apart from that, Dominique is also a YouTuber. She has a self-titled channel through which she provides tips on makeup, hair and fashion advice. Sachse’s channel has around 300k subscribers and average viewers of 31 million.

Dominique is one of the well-known media personality, she earned named as a news anchor but she is equally popular as Youtuber. She has an estimated net worth of $5 million.

The beautiful lady is married to Nick Florescu. The couple tied the knot on 22nd May 2012 at the Memorial home of Becca Cason and John Thrash in Texas. However, this was the second marriage of both Nick and Sachse.

The pair first met in Kickoff Party for Houston Community College on 11th January 2012. They dated for a while and got engaged. Nick proposed to her with a beautiful emerald cut diamond ring.

Till now they have no children together but have six children from their previous marriages. Dominique has a son, and Nick has five daughters. The couple seems to be living a happy life as a family.