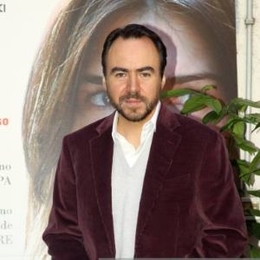 Romanian businessman Bobby Paunescu has garnered curiosity among many people of the world but not due to his business enterprises but his peculiar interest in the filmmaking industry. Behind the camera, he has worked as director and producer in movies like 'The Death of Mr. Lazarescu,' 'Francesca,' 'Aurora,' 'After The Hills,' 'Closer to the Moon,' etc.

The Romanian Filmmaker Is In Love With A Young American Model

Bobby Paunescu is possibly in a romantic relationship with Alyssa Arce. His supposed beautiful lover is an American model who models for Playboy Magazine.

As a high-profile celebrity, he has been discreet about his private life. But reportedly in August 2019, he was on vacation with few of his friends on an island of Italy, Sicily. 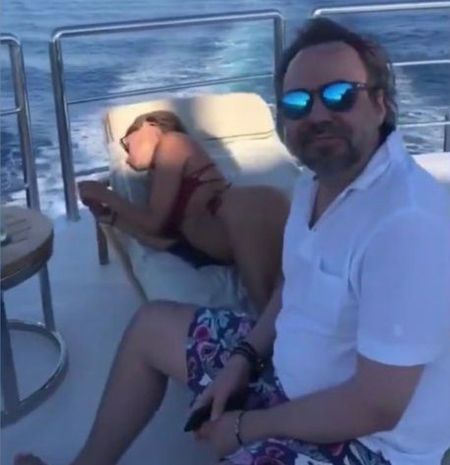 The businessman rented a luxurious yacht; one of the people on the Yacht was Arce. He posted a couple of videos and pictures alongside the model. There seems to be a close bond between the two, but nothing is sure for now as both have yet to state anything on that matter.

Was Married and Previously In a Longtime Relationship

Despite his secretive current relationship status, the Francesca director was in a fair share of relationship in the past. He was in a longtime relationship with Romanian actress, Monica Barladeanu.

Bobby and Monica began dating in 2004 and dated for many years. The duo's relationship was going on fine, and it seemed like they would eventually tie the knot. 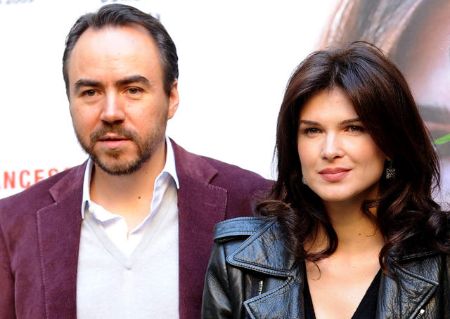 Unfortunately, it did not go that way, and the lovers decided to part ways, and subsequently, after eight years of chemistry, they split in 2012.

Two years after breaking up with his darling, Paunescu found a new girlfriend, Italian model Alice Peneaca. He introduced his young sweetheart in the media in April 2014.

On July 18, 2015, fourteen months later, the "Aurora" producer walked down the aisle with Alice. The pair's wedding ceremony was conducted in a grandest way possible attended by over 300 guests, including family, relatives, and friends. 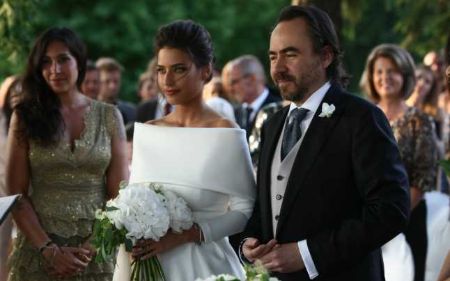 Everything was going on well, or at least it seemed that way, but in reality, it was not. Just two years after the marriage, the couple was struggling to maintain their relationship intact due to several differences.

Both try to resolve the problems, but as it did not work out, Bobby and Alice thought that it would be best to separate. The couple started living separately from June 2017.

Both of them agreed to get a divorce, and subsequently, after one and a half years later, they split on December 10, 2018.

Upon asked why she divorced her businessman husband, the Italian model stated, character mismatch and realization of self-love was the main factor. It was a unfortunate conclusion to what looked to be a beautiful relationship between two lovers. They had no children from their wedlock.

Bobby has a net worth of $300 million, and although he came to prominence as a moviemaker, most of his wealth is thanks to his businesses.

As for wealth and assets, the Paunescu family has set up an empire. The family is the owner of several popular newspaper publications such as Evenimentul and Capital, National Courier, Southern Gazette, and Gazette de Olt. They also own news and advertising television channel, B1TV.

Bobby and his family also once had a shareholding in the InterContinental Hotel, where they had 49.12% participation. However, they sold their shareholding for  $14,455,987 (approximately €13 million) to late Romanian businessman Dan Adamescu.

In his career, he has been notable for his producing and directing numerous movies like "Closer to the Moon" (2013). In the Romanian-American comedy-drama film, he worked as one of the producers. Actors Vera Farmiga, Mark Strong, and Harry Lloyd played the starring roles.

Check out the trailer of Bobby Paunescu's movie, "The Death of Mr. Lazarescu" (2005)!

In the same way, Bobby also served as a producer in the movie "The Death of Mr. Lazarescu." The 2005 Romanian dark comedy film starred Romanian actors Ion Fiscutenu and Luminita Gheorghiu.

Romanian moviemaker Bobby Paunescu was married to Alice Peneaca. His former spouse is an Italian model with whom he got hitched on July 18, 2015.