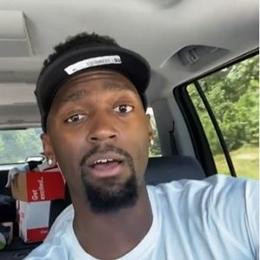 Bobby Portis Jr. is a prominent American professional NBA player who won NBA Championship in 2021 for the Milwaukee Bucks. He was drafted by the Chicago Bulls in the NBA draft 2015.

The young NBA player, Bobby Portis, is possibly single as of now. Bobby is not romantically linked with anyone as of 2021. The Milkawis native is yet to share anything publicly that might suggest he is in a relationship. 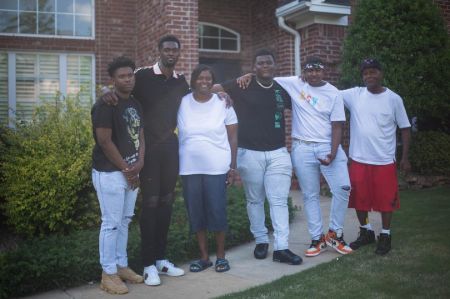 Bobby Portis posing for a photo with his famiy. SOURCE: Instagram (bportistime)

Bobby, who is active on both Instagram and Twitter, regularly posts pictures of his family. His Instagram account is filled with his clothing-line Underdogs promotion and numerous photos of his loving & supportive mother, Tina Edwards. However, being an admired public figure, Portis can be assumed to have at least been a few relationships in the past.

Needless to say, Bobby is currently is focused on building his career rather than indulging in serious love affairs. Bobby is now playing for Milwaukee Bucks in the forward position and won the NBA title in 2021.

Bobby Portis began playing basketball during his high school years. In fact, Portis was a highly decorated prep player and earned McDonald's and Parade All-American status. In March 2015, league coaches selected Portis as the SEC Player of the Year and played against the biggest NBA names like Andrew Wiggins, Marc Gasol, and Stephen Curry.

Check out the video of Bobby Portis playing for the Milwaukee Bucks below.

After being considered one of the top players in college basketball in the 2014-15 season, Bobby made it to NBA. On June 25, 2015, Portis was selected with the 22nd overall pick in the 2015 NBA draft by the Chicago Bulls. Portis then signed his rookie scale contract with the Bulls in July 2015. The main highlight of Bobby's career is winning the NBA Championship in 2021.

Coming to his net worth, the emerging NBA star possesses a whopping $28 million. Bobby Portis signed a two-year $9 million contract with the Milwaukee Bucks on November 26, 2020. This player amasses an average salary of $4 million. Currently, Bucks player resides with his lovely family in Milwaukee, a city in Wisconsin. 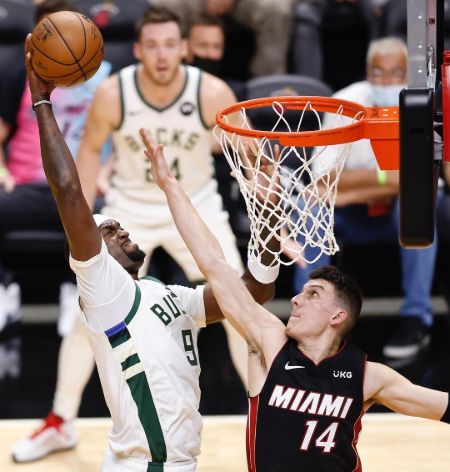