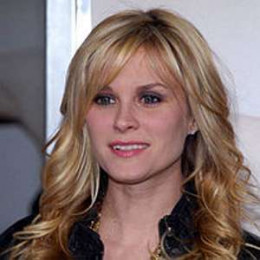 She loves playing skiing, volleyball as her fun time activity. She has many followers on facebook as well as Twitter. She is a tall actress with a fresh-faced look. There no rumors regarding her personal life.

Somerville amassed a net worth of about $1 million.

Bonnie Somerville was born on 24 February 1974 in Brooklyn, New York.

When you’re in Malibu...

She began singing and acting at a very young age. Studying at Poly Prep Country Day School, she joined Boston College as a Musical Theater major.

She is notable for her role in NYPD Blue, Grosse Pointe, Friends, Without a Paddle, and Golden Boy.