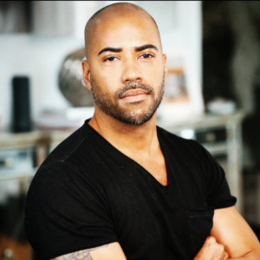 Brad James is an American actor best known for his role in Tyler Perry's For Better or Worse. He has been in the entertainment field since 2008 and has done dozens of projects.

Brad James is married to his lovely wife, Keshia Knight Pulliam; his spouse Keshia is also an American actress and is famous for her roles on The Cosby Show and House of Payne.

The duo tied the knot in the presence of their close ones in September 2021. The lavish wedding took place at a small ceremony at their home in Atlanta. Pulliam took to Instagram to share the news and a slideshow of the snapshots from the gorgeous, intimate gathering. 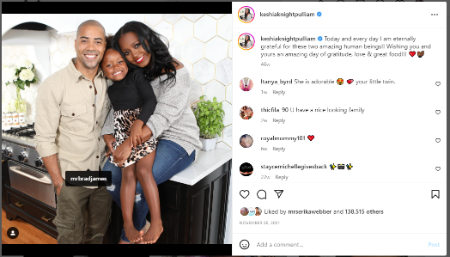 The lovebirds met on the set of the tv movie Pride & Prejudice: Atlanta in 2019. After falling in love at first sight, the pair sparked a romance soon after. Keshia announced she and her then-boyfriend were engaged in December 2020.

During an interview with ETonline, the actress opened up about how their whirlwind romance with James began. Midst starring together on set and in the same scenes, they hit it off. 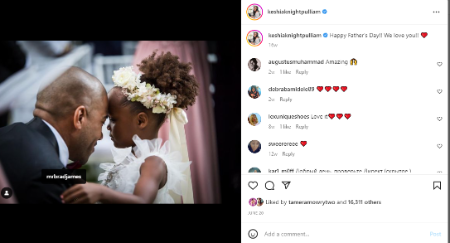 Hartwell filed for divorce against Keisha in July, just days before the starlet announced her pregnancy. The pair finalized their divorce in 2018, citing irreconcilable differences.

Brad James has summoned a staggering net worth of $4 million as of 2022. He earned big chunks successful acting career. Being a versatile actor, Brad is paid high amounts. 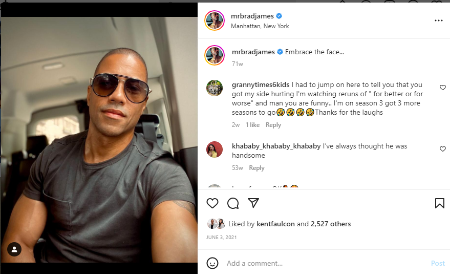 Brad James, a wealthy actor who lives in the U.S. SOURCE: Instagram

At age six, Keshia garnered a Primetime Emmy for being the youngest actor to receive the honor. That's not all; Mrs. Pulliam was also ranked twenty-seventh on VH1's 2014 "100 greatest kid stars" list. Brad Jame's wife has appeared in a number of tv shows and movies, including Tyler Perry's House of Payne.

Brad James has starred in numerous tv shows and movies, including Walk Away From Love, When it Comes Around His Hers & the Truth, and A Chestnut Family. His acting credits include Marry Me for Christmas and The Other Side.

Check out the clip of Brad James on Sister Circle TV!

James played the central role of John Merse in Maverick Entertainment's Champion Road in his initial credited speaking role on-screen. Later, he became an uncredited extra in scenes with Micahel Jai White and Tasha Smith in the hit movie Why Did I Get Married?

Back then, James signed on with two same actors as a series regular in a TBS sitcom based on the movie. Brad has been known for being athletic and performing his stunts in films like Joe Lando. Apart from acting, Brad James writes, produces, and directs projects to entertain and enlighten people.

James was mainly seen on the OWN holiday film "A Chestnut Family Christmas." He can be seen on Netflix's hit series Outer Banks and UMC's A House Divided. The UMC show earned him a Daytime Emmy nomination. Brad had previously played a lead role in Malcolm D. Lee's NBC pilot At That Age.

Brad James worked as a U.S. Marine serving in combat units for four years before he joined the entertainment fraternity. At the time, he learned hand-to-hand combat, line training, and Brazilian jiu-jitsu.

The 1.78-meter tall man's IMDB bio states that he has been working with an ankle that has not fully healed after he broke back in 2000 while serving in Marine Corps. Notable, Brad James competed on three episodes of Steve Harvey's American game show "The Family Feud" with family members.

Hollywood industry's big names such as Nikki Fauntleroy, Tamera Mowry, and Kelle Stewart have followed Brad James on Instagram. He has 37.1k followers on Twitter. Brad's Twitter bio suggests he resides in Atlanta, Georgia. The actor started tweeting in April 2009.

Brad James was rumored of turning down an opportunity to appear on the reality show "Most Eligible Atlanta" about dating life for the bravo network. Instead, he chose to focus more on television and film endeavors.

Besides, the African-American actor has never been dragged into any controversies before. He was never into extramarital affairs.

Keshia Knight Pulliam and Brad James are happily married for a year. They started dating in 2019 after meeting each other on a tv show set.