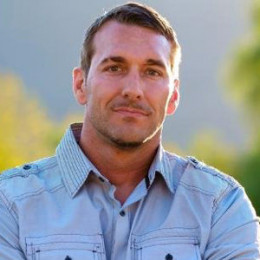 Brandon McMillan is a professional animal trainer and behaviorist who has spent his entire life learning about and working with all types of animals from household pets to the wildest of untamed beasts trainee. Furthermore, he won two Emmy Awards for "Lucky Dog" in 2015 and 2016 respectively.

Brandon McMillan was born on April 29, 1977, in Trenton, New Jersey, US. He is American and belongs to white ethnicity.

His father and uncle both were exotic animal trainers in the entertainment industry so he was raised with a variety of wild animals including big cats, bears, primates, and elephants.

He is very well known for rescuing dogs from death row, then turning them into well-trained pets, service animals and sometimes, even movie stars. Through his diversity with animals he loves to work with dogs.

McMillan is grown up with exotic animals of every kind which bears interest in animals and their welfare. He moved to Los Angeles when he was 18 in order to work for his uncle at well-known animal training companies for film and television Hollywood Animals.

In 2009, he gets a chance to host the Animal Planet series, NIGHT which is about the world's most dangerous animals and its nocturnal behavior.

After a year, he opens up a dog boarding and training facility outside of Los Angeles where he trains service dogs and therapy dogs. His clients include celebrity faces like Ellen Degeneres, Andy Cohen, Don Cheadle, Ronda Rousey, Wolfgang Puck, and Kate Hudson.

Emmy-winning TV host, Brandon McMillan has earned an enormous sum of an amount from his career but due to his secretive nature, he hasn't revealed the exact figure of his net worth. However, it is assumed to be $500k.

His show, Lucky Dog is a widely popular show which succeeds to win the two Emmys. The average salary of an American animal trainer is more than $25k and he also gets paid around this figure.

Talking about his personal life, Brandon was in a romantic dating with Alanna Lynn Polcyn. Brandon began dating Alanna in 2015 before their romance was confirmed in 2016 when they became vocal about it in public. 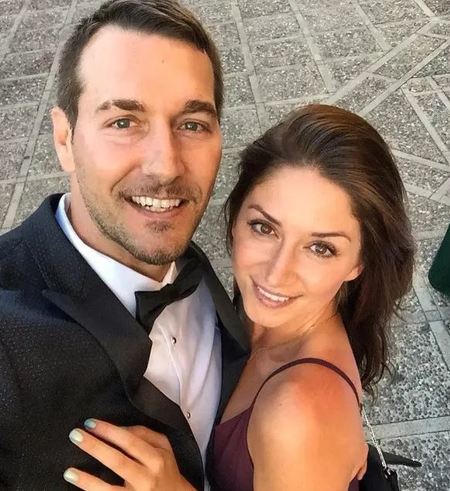 "Tonight will be one I’ll never forget 🥰 I can’t wait to be a McMillan," wrote Polcyn on Instagram by sharing pictures of the engagement.

Before, people related to him as gay but with his relationships, he proved that he is not gay. This newly engaged couple is busy with their newly married life and is happy together. 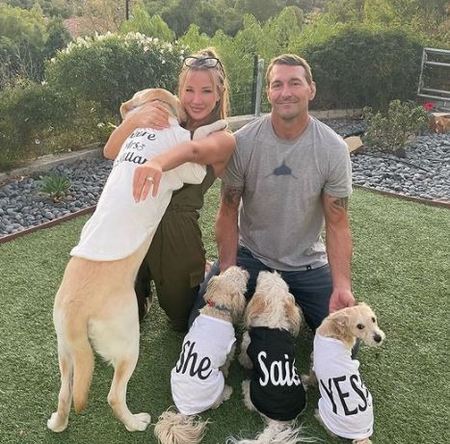 McMillan founded a foundation named, "The Argus Service Dog Foundation" where he trains service dogs to assist disabled veterans. He has a chihuahua and he loves to spend his free time scuba diving, surfing, and martial arts.