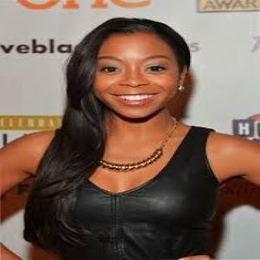 American actress Bresha Webb is a well-known star known for shows such as "Love That Girl!" and "Marlon". In 2019, she gained much popularity for the film "Sextuplets."

Bresha Webb Is Still Looking For Love Of Her Life

It may be hard to believe the beautiful and talented actress Bresha Webb is single. However, it is true as the star herself mentioned she is not in any relationship in an Instagram post.

On September 13, 2019, she posted a picture with her father and wrote the caption :

"Happy Birthday Daddy! You are still my favorite person to tell my stories to. Love you forever! Prolly why I'm still single because they can't compare to my Daddy!" 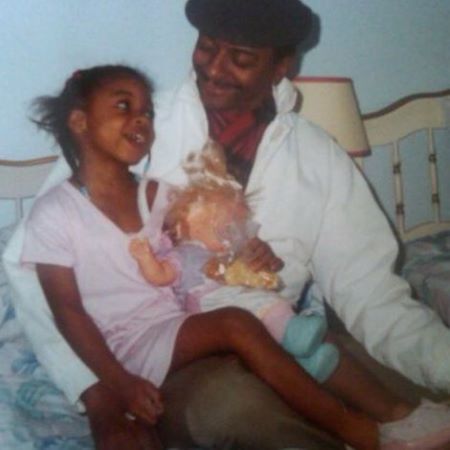 So, it looks like the girl is still waiting for the perfect man just like her father. Hope, she soon gets the man of her dreams and completes the goal she set ten years ago.

You might be wondering what goal? Actually, in an interview in 2010, she said that in ten years she sees herself married with beautiful babies and creating shows.

Webb's father is Garfield Webb, a professional gospel singer. Her mother is Sharon Webb, a former dancer. No doubt, she got artistic genes from her parents. 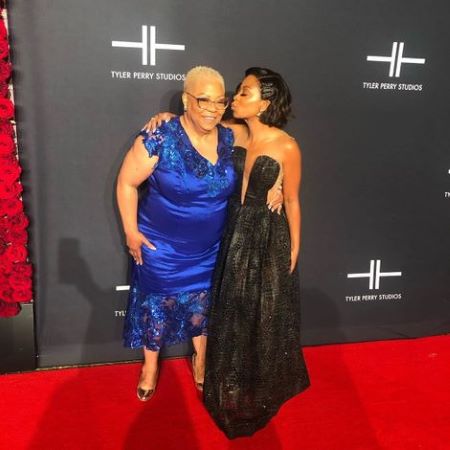 Bresha with her mother at an event. SOURCE: Bresha Webb Instagram (@breshawebb)

Bresha's family played a huge role in her becoming an actor. Before she knew she wanted to be an actress, her parents were aware of her talents. As a result of which they always pushed her towards arts.

Bresha has accounts on social media platforms such as Instagram, Twitter, and Facebook. She, however, is most active on Instagram. On those platforms, the Baltimore native not only shares promotional stuff but personal pictures as well. Through the site, she provides insight into various aspects of her life.

Did Drake Say No To Webb?

In January 2018, at the Golden Globes after-party, Drake's song One Dance was playing. So, Bresha asked the singer for a dance. However, Drake kindly refused.

The whole moment was captured and went viral. Rumors started to began that she was trying to flirt with Drake. She, however quickly cleared her name and said that she was not asking for his number nor she was asking for sex with him.

All she wanted was a dance with him as One dance was her favorite song. She furthermore added she does not think there is anything wrong asking for a dance with someone. She will continue to do in the future as well.

Check out the request and the reaction in the video below:

Bresha Webbs holds an overall net worth of $300,000. She started her career professionally in 2007 with a short-movie "Zombie Love." She continued to play minor roles on well-known shows such as "ER", and "Grey's Anatomy."

The 35-year-old first got the lead role in the show "Love that Girl!". She played the role od the sassy girl Imunique which helped her gain much popularity. After this series she worked in many shows and movies, she, however, gained the same level of sucess when she starred as Yvette in the TV series "Marlon".

In 2019, Webbs was the main lead in the Netflix movie "Sextuplets." In the movie, she stars alongside Marlon Wayans, Michael Ian Black, and Molly Shannon.

Webbs is continuously volunteering in various organizations. She supports the Black AIDS Institute, and Dress for Sucess.