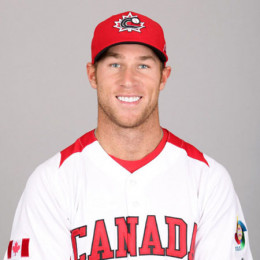 Bret Lawrie is a professional baseball player and is seen in Major League Baseball. He is third baseman for the Oakland Athletics. Prior to Oakland Athletics, he played for Toronto Blue Jays. He played baseball from his high school which helped him earn draft in 2008 for Major League Baseball. He has also appeared for Canadian youth and senior baseball sides for various tournaments. He is still growing with his game and has a bright future.

Brett Lawrie appears single so far. He has not been noticed around or no reports about his girlfriend have been produced yet. He was engaged previously but his engagement was called off after he and his partner decided to break up. He has low profile life despite of appearing mighty on the pitch. He realizes that he still has got a lot to do to earn name so that he gets widely renowned. He is young player with attractive personality.