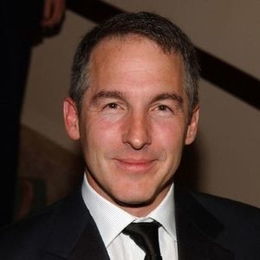 American actor Brian Benben is a well-known name in Hollywood who appeared in well-known shows such as "Private Practice" and "Imposters." He, however, is best remembered for his role as 'Martin Tupper' in the nineties series "Dream On."

Brian Benben Is A Married Man

The veteran actor Brian Benben is happily married to actress Madeleine Stowe for over three decades. The pair tied the knot in the eighties. Some online websites claim they united as a life partner in 1982 while others claim the pair walked down the aisle in 1986. Whichever date may be true, there is no doubt Brian and his spouse are together for a long time. 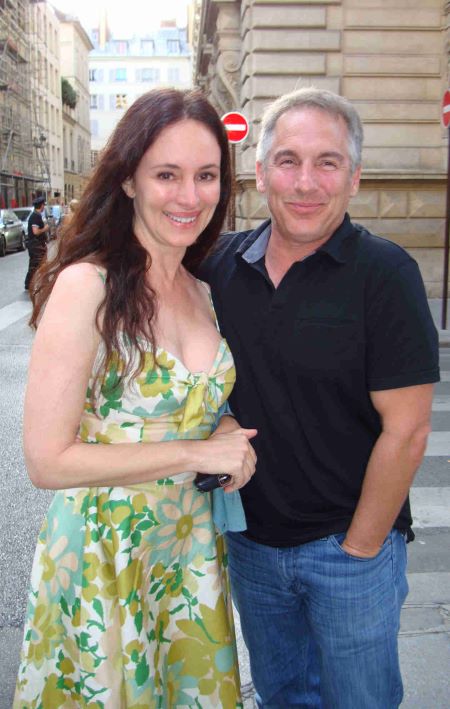 Benben is happily married for over three decades. SOURCE: Wetpaint

Brian's successful conjugal life is really an achievement in the world of Hollywood. So, the actor's wife Madeleine was asked about the secret of her long marriage in an interview. She answered that they do face various challenges in their marriage but the love for one another helps them pull through difficult times.

"If you really love somebody, you have the tenacity and mettle to see it through."

Well, Brian and Madeleine's love story started on the set of NBC's miniseries "The Gangster Chronicles" back in 1981. In the show, Brian and Stowe played the on-screen husband and wife.

The reel couple soon started developing feelings for one another and became a real-life couple. After dating for a while, they exchanged vows and are together since then.

Blessed With A Daughter

Benben and his spouse welcomed their only child, a daughter May Theodora Benben on June 28, 1996, in San Antonio, Texas. The celebrity kid decided not to walk in the footsteps of her parents and instead decided to own a cattle ranch in Texas. 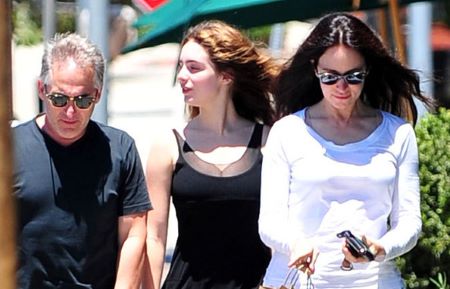 Brian with his daughter and spouse. SOURCE: Zimbio

The decision to stay away from Hollywood came naturally to May as she was raised in a ranch by her celebrity parents. The black-haired actor and his star wife left the glamorous world of Hollywood in the mid-90s and settled in Texas for a more peaceful life.

The celebrity couple moreover continued to live in Texas after the birth of their kid. They wanted their bundle of joy to have a more grounded upbringing with a close community. Furthermore, Brian and his life partner even decrease their workload to focus on their daughter.

Brian Was Once Robbed

In 2016, Brian and his wife Madeleine were robbed of $75,000 worth of jewelry from their LA home. The intruder Walter Canizalez pulled a gun on the actress and asked to hand over the valuables they own.

They complied with his demand and provided the antique jewelry collection. Thankfully, the robber was later arrested and was charged with alleged robbery.

The 63-year-old Brian Benben holds an overall net-worth of $8 million. He started his career from Broadway shows and debuted in movies in 1981 with "Gangster Wars". After that, he worked in many TV shows such as "The Gangster Chronicles", "Kay O' Brien" and "Matlock".

The brown-eyed star, however, gained recognition when he played the character of Martin Tupper in the HBO series "Dream On". The show which was created by "Friends" creator Marta Kauffman and David Crane was a fan favorite and lasted for six seasons. 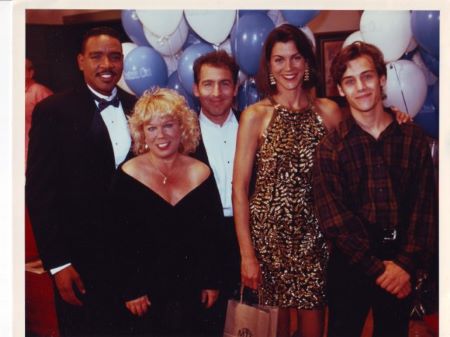 After the successful show ended in 1996, Benben appeared in his talk show "The Brian Benben Show" however it did not gain the desired success. He then continued to work in television and gained a new height success from the shows "Private Practice" and "Scandal."

In recent times, Brian gained a lot of spotlight because of the dark comedy television series "Imposters." The show which featured actors such as Inbar Lavi, Rob Heaps, Parker Young aired on Bravo TV and ran for two seasons.

Benben Is Married To A Millionaire

Brian's wife Madeleine Stow holds an impressive net worth of $15 million. She is an actress well known for movies "The Last of the Mohicans" and "12 Monkeys."

The Golden Globe Award-winning actress in recent years was well known for playing the character of Victoria Grayson in the TV series "Revenge." Her salary per episode in the show was $75,000. 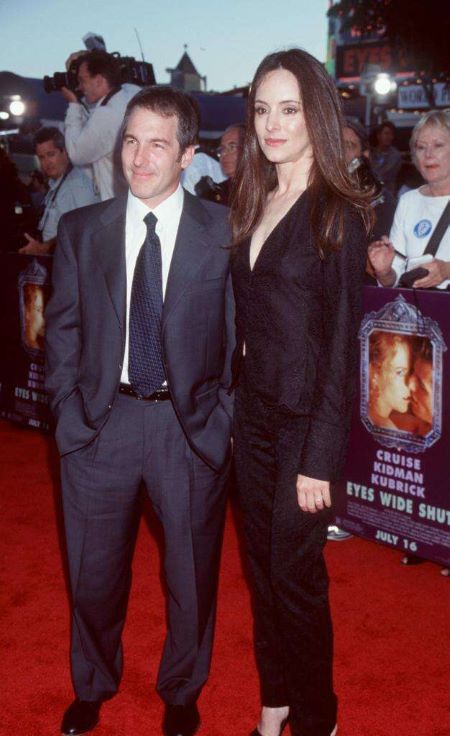 Brian is a bit shorter in height than his wife. SOURCE: Fandango

Madeleine Stowe is an actress. She and Bian Benben first met on the set of the mini series "The Gangster Chronicles". They are married for over thee decades.

May Theodora Benben is the only child of celebrity couple Brian Benben and Madeleine Stowe. She did not pursue an acting career like her parents.