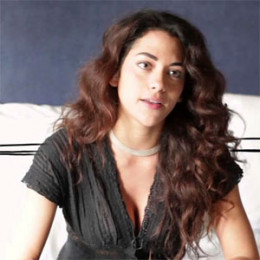 An Israeli-American actress, Inbar Lavi is popularly known from the MTV 2012 series, 'Underemployed,' Fox series, 'Gang Related' and many others. Apart from her professional life, the gorgeous actress is single.

Inbar Lavi was born on 27th October 1986 in Israel. She is an Israeli and belongs to Mixed descent as her mother is a Moroccan-Jewish and father of Polish-Jewish descent. When Lavi was a child, she had asthma and had to take nebulizer in every 45 minutes.

During that time used to watch movies and was inspired to be an actress from two great actresses, Natalie Portman and Ayelet Zurer to whom she praised a lot.

Moreover, she joined the Kiryat Sharet High School in Holon, Israel where she studied modern dance and ballet. She then joined the Sophie Moskowitz School of Acting in Tel Aviv where she learned acting.

Later, she got a full scholarship to the Lee Strasberg Theatre and Film Institute to improve her acting skills.

At the age of 17, Inbar Lavi moved to New York where she began to act in various Broadways productions. Working there for almost eight months, she shifted to LA and appeared in her first English speaking play, King Lear directed by Tom Badal.

Lavi debuted on TV in 2008 from the short movie, Synonymous with the role of Shalev. During the same year, she also worked in the American TV series, Privileged starring Joanna Garcia, Lucy Hale, Ashley Newbrough, Michael Cassidy, and others.

Furthermore, she made several guest appearance in many of the series including The Closer (by James Duff), Entourage (by Doug Ellin), Criminal Minds (by Jeff Davis), Ghost Whisperer (by John Gray), and other.

In 2012 Lavi featured in the series, Underemployed as a lead character along with casts Craig Wright, Jared Kusnitz, Michelle Ang, Sarah Habel, and Diego Boneta. In 2014, she also worked on Gang Related alongside stars Ramon Rodriguez, Jay Hernandez, RZA, Sung Kang, Cliff Curtis, and others.

The gorgeous and talented actress, Inbar Lavi is single after failed past relationship with her ex-boyfriend. She might not move on so quickly after a tragic ending of her previous affair. The most popular face in the media is currently focused on her career rather than other things so as per now, she is not dating anyone.

Apart from this, Lavi was in a romantic relationship along with actor, Christoph Sanders who was once rumored to be gay. The pair dated for almost four years and eventually separated due to some unknown reasons in 2015.

She is still single and not dating a boyfriend at present.

The 31 years old beautiful actress, Inbar Lavi has the average height of 5 feet 3 inches (1.6m). Until today, she has worked in numbers of movies and series from which she might have collected a good net worth which she hides from the media and audiences.

One of her co-star from the Prison Break named, Mark Feuerstein has an estimated net worth of $2.5 million, so she might also earn in the range of that. Besides this, one of her movie, The Last Witch Hunter which released in 2015 collected $146.9 million at the box office.

Apart from acting, she is also involved in a modeling campaign which adds more to her income. Lavi with such earning lives a high profile life with some expensive stuff.