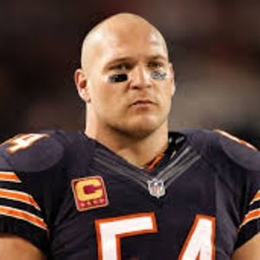 Achieving success at the highest level in football is no everyone's cup of tea considering the hardships and competition in it. The case is no different with Brian Urlacher, who burnt the midnight oil for 13-years playing for the Chicago Bears of the National Football Level. His introduction is incomplete without mentioning that he was the round one pick in the 2000 NFL draft.

Brian Urlacher's Past Relationships and Divorces

There is no doubt that the former American football linebacker's professional journey is full of success. However, his romantic life didn't precisely follow the pattern considering the fact that he is a one time divorcee. For the first time, he tied the knot with Laurie Urlacher. The love birds dated for sometime before making the big decision to get married. The married couple even welcomed two adorable daughters named Pamela and Riley. Despite a family together, the two failed to sustain their relationship and parted ways with a divorce. 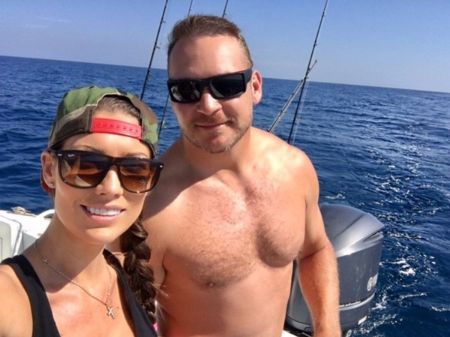 Following the divorce, Urlacher started seeing Tyna Robertson. Surprisingly, the two even had a son, Kennedy, together, as confirmed by a DNA test. The retired footballer even filed a lawsuit to establish the paternity of his son in  June 2005. Likewise, he continued with his attempts and appeared to a Cook County court to remove him from his ex-lover's custody following her husband, Ryan Karageorge's tragic murder in their residence itself. 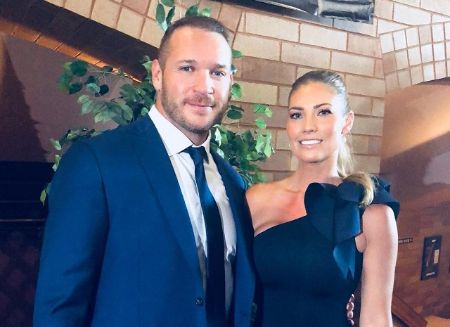 The athletic persona of Brian Urlacher was quite popular among the ladies. He even dated the gorgeous model Jenny McCarthy from April 2012 to August 2012. Later on, he became the boyfriend of another model, Jennipher Frost, and exchanged vows with her on March 13, 2016. His new wife is a former contestant on America's Next Top Model.

When it comes to finances and income, the footballer turned analyst; Brian Urlacher has nothing to worry about. He earned himself the tag of a 'millionaire' since he gathers a staggering net worth of $16 million as of 2020. The primary source of his income was his playing days in the NFL  that lasted around 13 years. He was the star man for the Chicago Bears from 2000 to 2012. Between all that, he was an eight-time pro bowl winner and the NFL Defensive Player of the Year in 2005. 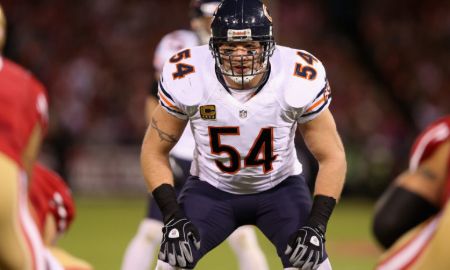 Brian Urlacher owns a net worth of $16 million. SOURCE: The Spun

Following his retirement in 2013, he preferred to go into television and share his expertise. Thus, he became the analyst for Fox Sports and was voted into the Pro Football Hall of Fame on February 3, 2018. Besides sports, he appeared on the game show, 'Wheel of Fortune' in 2002, and bagged over $47,000 for charity. In fact, he also participated in the USO Chairman's Holiday tour in December 2014.

Brian Urlacher is a one-time divorcee to ex-wife Laurie Urlacher. The pair share two daughters together.

Brian Urlacher got married to America's Next Top Model's former contestant Jennipher Frost in an intimate wedding ceremony in March 2016.

Brian Urlacher and his ex-wife Laurie Urlacher share two daughters. Pamela is the oldest one.

Riley is the second daughter of Brian Urlacher and his ex-wife Laurie Urlacher. She has an older sister named Pamela.

Brian Urlacher and Tyna Robertson share a joint-custody of their son, Kennedy. The footballer filed a suit in 2005 to establish his paternity.