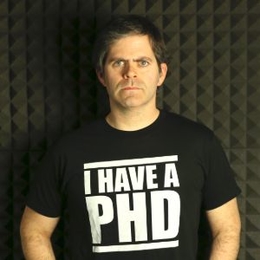 Talent without working hard is nothing. Well, the multi-skilled personality, Brian, is the living example of it. With his hardwork and dedication, the renowned personality Wecht has earned a wide name and fame in diverse fields, including acting, comedy, singing, and many more. Brian is well-known as one half of the musical comedy duo Ninja Sex Party.

Lives Happily With His Wife

Several people give up and end their relationship because of the pressure and stress of their work. However, there are also some personalities who are successfully handling their personal life, even being involved in multiple professions. 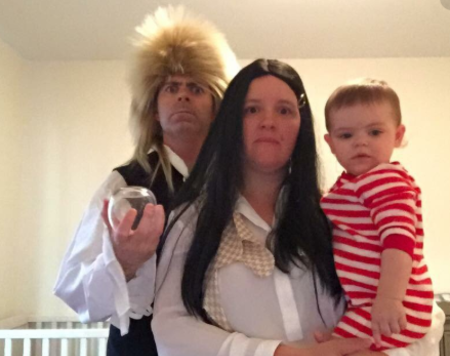 Among them, Brian Wecht is the one. He has put his hands in several fields, and along with it, he is also equally maintaining his married life. Wecht is in a conjugal relationship with his girlfriend turned wife Rachel Bitney Wecht for long, and to date, the pair are free from unwanted rumors and controversies.

Nevertheless, unlike other celebrities, he is also secretive and mostly keeps the details of his relationships under the radar. To date, the musician hadn't revealed the information about when and how he met his life partner and began dating. 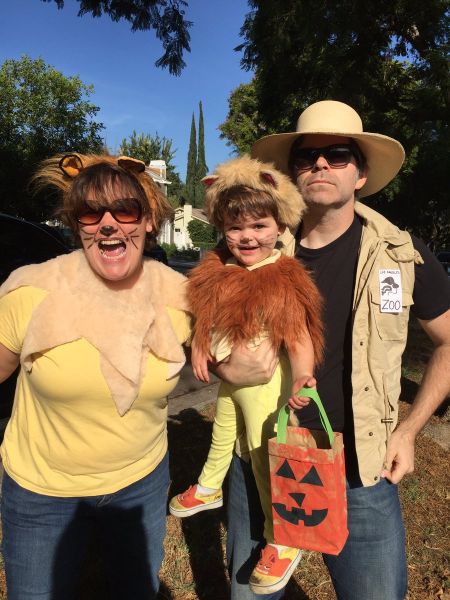 Brian Wecht with his spouse and child SOURCE: Twitter (@bwecht)

Brian likewise is yet to unveil the details of his wedding, including the date and location. Probably, Wecht and his spouse tied the knot in an intimate ceremony in the presence of their close friends and family.

Although he has concealed the details of his marriage, the actor is open about his relationship. He does not hesitate to talk about his married life on interviews. Wecht mostly remains busy with his profession; however, he always manages to give time to his wife. 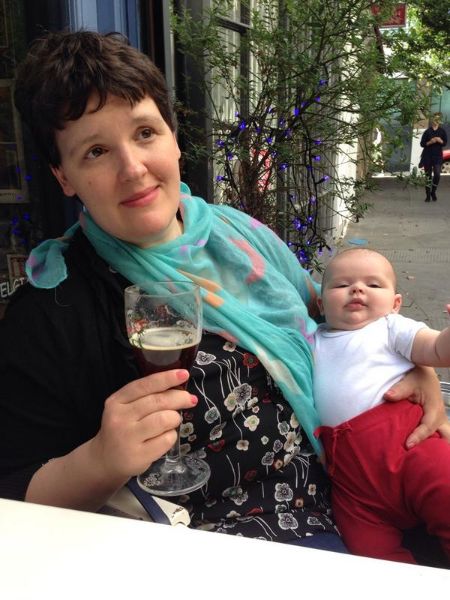 Game Grumps member, Wecht, spends his free time with his life partner. Furthermore, his love for his wife can be seen through the pictures which she frequently shares on his social accounts. Hence, there is no doubt that the handsome hunk is a loving and caring husband.

Father Of A Daughter

Ninja Sex Party member Brian Wecht aka Ninja Brian, is a proud father of a child. From his marital relationship with his wife, he shares a daughter named Audrey Wecht. The couple welcomed their daughter on 20th May 2014.

They have even nicknamed their daughter as Ninja Audrey. Along with her father, Audrey appeared on some episodes of Grumpcade in 2017 on the occasion of Father's Day. 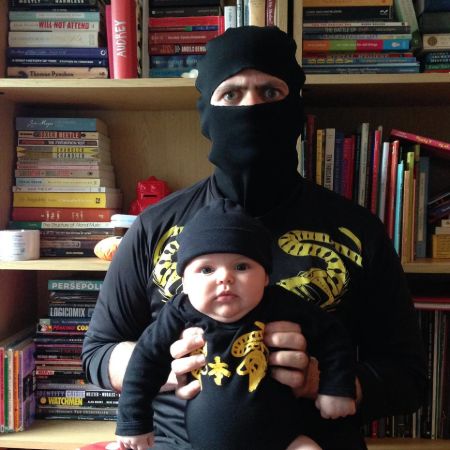 Wechat couple is taking good care of their kid by fulfilling her all the needs and demands. Similarly, Audrey also often appears on the photos shared by her father on his Instagram accounts.

Brian Wecht appears on a ninja costume on Ninja Sex Party. His outfit is loved by most of the people. They even dress on the same costume on Halloween and Cosplay. 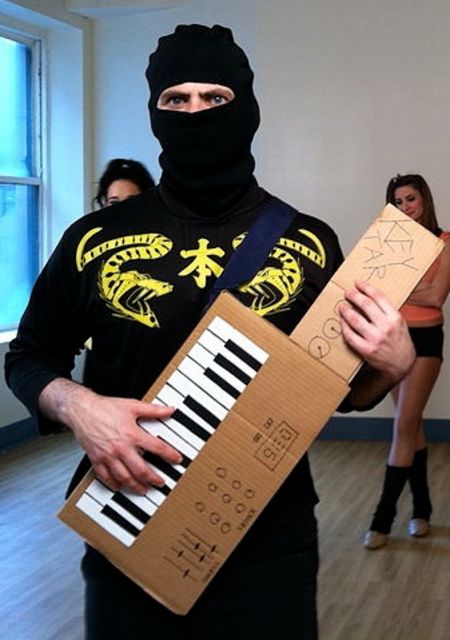 Wechat wears a black ninja hood, followed by a black long-sleeved shirt with double yellow vipers. Further, it also has a yellow Chinese alphabet on it, black pants, and black sneakers. Commonly, people think that ninja carries a sword, but Brian's weapon is a keyboard.

Even though the cloth is loved by the fans, there is no official store of it. However, the outfit is available in different stores.

Brian Wecht makes a fruitful income from his multiple professions. His overall net worth is $5 million as of 2019. He formed a comedy-musical duo Ninja Sex Party along with Dan Avidan. Furthermore, he is also a member of Game Grumps alongside Arin Hanson and Dan.

Besides, he is also a musician and earns around $60 thousand per annum. Similarly, he further works as a physicist. On average, a physicist in the United States makes an annual income of around $110,980.

An American musician Brian Wecht is in a marital relationship with his girlfriend-turned wife Rachel Bitney Wecht.

Audrey Wecht is the daughter of an American musician Brian Wecht and his spouse Rachel Bitney Wecht.