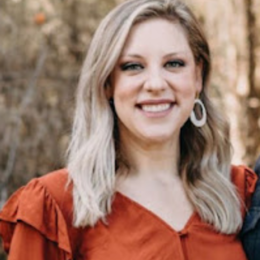 Briana Culberson is an American ER nurse and reality television personality. She is immensely popular as the daughter of Vicki Gunvalson, a member of The Real Housewives of Orange County cast member. Briana's mother is the only member to have remained with the series since its first season.

Briana Culberson is a married woman and has a loving life partner. In a lavish ceremony, she tied the knot with her long-term husband, Ryan, in October 2011. The couple's short-listed friends and family members attended the wedding to bless the newlywed pair. They have been together for more than eleven years. 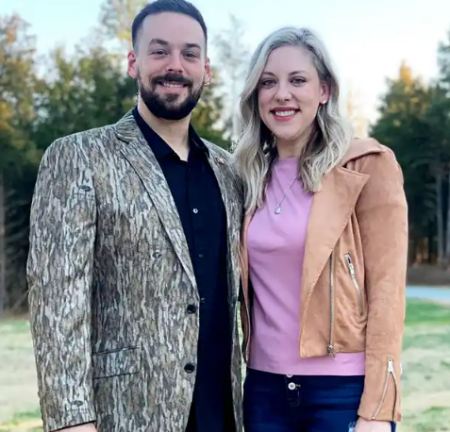 Briana Culberson has been happily married to Ryan since 2011. SOURCE: Pag Six

Before marrying Briana Culberson, Ryan was in a marital relationship with Melia Daniel Isagawa. But the pair did not have any children. Also, their relationship could not last long.

Briana Culberson's husband Ryan shared the exciting news with fans via Instagram post saying Briana is pregnant. Briana’s spouse Ryan announced the pregnancy on Instagram that the couple is preparing to welcome their fourth child soon, and wrote, “The grand finale coming March!”

Finally, Culberson's youngest child Cora Rose was born on February 23, 2022. In August 2021, the blonde beauty announced she was expecting a baby with her husband, Ryan, nine months after having a third child. Ryan shared the photo of their daughter on his Instagram. 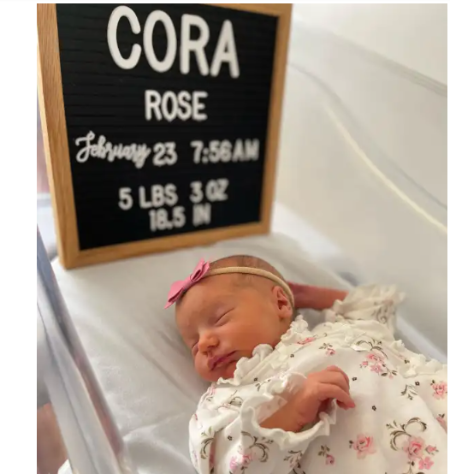 On May 10, 2020, Ryan uploaded the sonogram of his child with a sweet caption, "We have movement! Hope everyone has a great Mother's Day Weekend." On January 24, 2022, Vicki Gunvalson threw a pink-themed baby shower for daughter Briana Culberson.

As soon as Cubersons shared the baby shower posts, several fans and friends flocked to the comments section to be part of the celebration. Briana celebrated her baby shower at Farmhouse on North restaurant in Barrington.

Briana Culberson, the Real Housewives of Orange County, has been working in nursing for the past thirteen years. She attended Azusa Pacific University before working as an ER nurse for St Joseph Hospital in Orange County.

Check out the clip of Briana Culberson's mom, Vicki Gunvalson, talking about her daughter!

Culberson has appeared in RHOC intermittently. But her beau has been embroiled in a dispute with the reality series as he feels the program producers made him look bad deliberately when he had an argument with one of the cast members on the show.

Ryan Culberson has started a new journey as a civilian after completing his tenure in the Marine Corps in 2017. After flying to Oklahoma, where Ryan was living following a tour of Afghanistan, the Culberson's returned to Orange County in 2015 and fled to North Carolina in 2017. 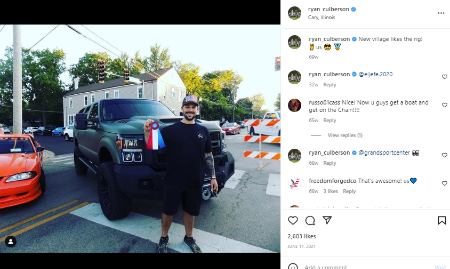 Ryan Culberson made a hefty from his US Marine career. SOURCE: Instagram

Since Mr. Culberson has become a civilian, he has emphasized his family, including his wife Briana, and their kids. That's not all; Ryan has even been conscious about his health since starting the Keto diet.

Briana Culberson underwent lupus surgery on her thyroid after being diagnosed with thyroid cancer in 2012. Three years later, she experienced surgery to have her enlarged lymph nodes removed and went cancer free. Since Briana has taken the Keto diet, she has lost almost 60 pounds.

In January 2020, Briana explained life in North Carolina is amazing. And 2020 was the best year health-wise she had in the last 10 to 12 years. Mrs. Culberson is getting good medical care at one of the best lupus practices in the country.

Briana Culberson was born on April 8, 1987, making her 34 years old. Her real birth name is Briana Gulvalson. She has a brother Mike Wolfsmith with his father, Michael J. Wolfsmith.

Moreover, she also had two half-siblings from her dad's second marriage. However, her half-brother Parker Wolfsmith (born in 1999) tragically passed away at just 14. She has one half-sister Summer Wolfsmith.

Briana owns a personal Instagram page where she only accepts people she knows. Nevertheless, the mother of three runs a food page with her partner Ryan. The couple share recipes and advice on healthy eating and weight loss.

Culberson has never been through cosmetic plastic surgeries. In fact, she has maintained her clear glass-like skin and body with a keto diet, gym, and yoga.

Ryan Culberson has happily married Briana Culberson for the past twelve years. They tied the knot in 2011 and still going strong.

Troy Williams was born on September 28, 2012. He is the first child of Ryan and Briana Culberson. Troy has three siblings.

Owen Culberson is the second child of Ryan and Briana Culberson. He was born in July 2014. Owen has three brothers and a sister.

Hank Culberson is the third child of Ryan and Briana Culberson. He was born in November 2021. Hank has recently welcomed a sister Cora Rose.

Cora Rose is the youngest child of Ryan and Briana Culberson. She was born on 23rd February 2022. Cora has three elder siblings.