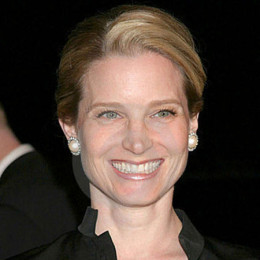 An American actress Bridget Fonda who is best known for starring in the movie The Godfather Part III. She was born into a family of actors. Her grandfather, father, and aunt were actors. She was born to Peter Fonda and Susan Jane Brewer. When she was very young her parents got divorced. she completed her high school from Westlake School for Girls in Los Angeles. She was just 5 years old when she debuted in film industry through movie named Easy Rider. She was seen in the role of journalist in The Godfather Part III. She had to suffer from car accident in 2003 which lead her to fracture in her vertebra. In 2012 election, she had endorsed President Barack Obama.

Talking about her personal life she has already married twice. Firstly she was married to American singer-songwriter and actor. Their marriage didn't last long resulting in divorce. They have no children from their marriage.

Currently, she is married to a singer Danny Elfman and together they are parents of one child named Oliver. Before she was married she was in a serious relationship with her high school boyfriend had 8 years long relationship with Eric Stoltz.

She suffered a serious car crash in Los Angeles on 27 February 2003 that caused a serious fracture in her vertebra.

She is renowned for her roles in The Godfather Part III, Singles, Point of No Return, and Jackie Brown.

He is an American singer-songwriter, actor and film director. They were shortly married. Reason behind their divorce is still unknown.

He is the only son of the family. He is very cute. Not much information has been availed on him.